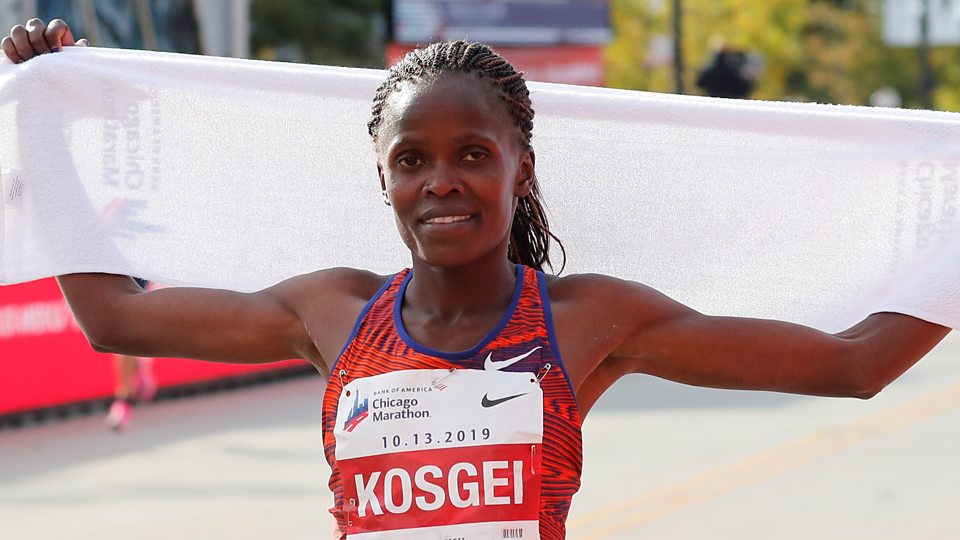 Kenya’s Brigid Kosgei eclipsed the 16-year-old women’s marathon world record held by Britain’s Paula Radcliffe as she retained her Chicago title. The 25-year-old recorded a time of two hours 14 minutes 04 seconds, easily inside Radcliffe’s mark of 2:15:25 set at the London Marathon in 2003.

It adds to the Kenyan’s win in London this year when she clocked 2:18:20 and became the youngest winner of the race. Ethiopa’s Ababel Yeshaneh was second in Chicago, six minutes 47 seconds behind. Only 22 runners in the men’s race finished faster than Kosgei, whose time would have been a men’s world record in 1964. The Kenyan, who won last year in 2:18:35, admitted: “I am feeling good and happy because I was not expecting to run like this.” Radcliffe’s 2003 time was the longest-standing marathon world record by either men or women in the post-war era. The former world champion was at the finish line in Chicago to witness Kosgei’s remarkable performance and was among the first to congratulate her. “When I saw how fast Brigid was running in the first half I knew it was going to be broken,” said Radcliffe. Ethiopa’s Gelete Burka completed the top three in Chicago on Sunday with a time of 2:20:51.