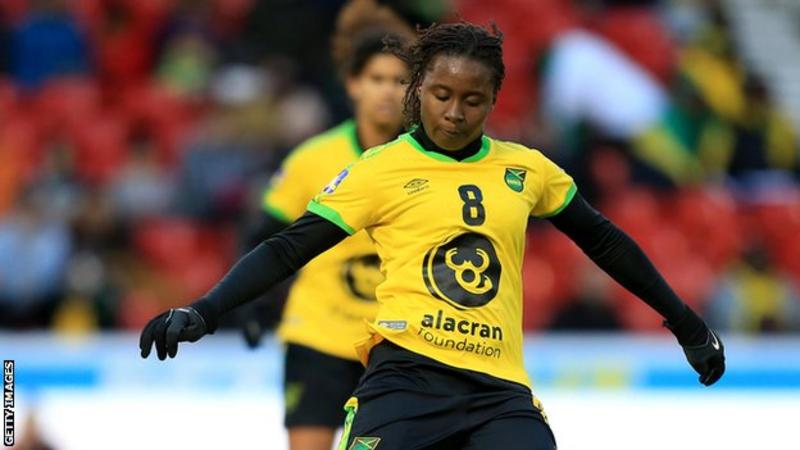 Jamaica women’s international Tarania Clarke has died after a stabbing incident in the capital city Kingston. Police said the 20-year-old midfielder was pronounced dead in hospital. Officers said the student died after a dispute over a mobile phone at about 8.50pm local time on Thursday. A woman has been arrested.

Clarke, who played for Waterhouse FC, scored on her international debut in September’s 12-1 win over Cuba in the Olympic qualifiers. Jamaica Football Federation (JFF) president Michael Ricketts said: “The JFF is deeply saddened by the untimely passing of young Ms Clarke – someone who would have shown so much promise, not just as a player but as a person. “I must use this opportunity to personally, and certainly on behalf of the JFF, extend my most profound condolences to the immediate family members and friends of Ms Clarke, her school family at Excelsior and, of course, her club Waterhouse. “The JFF must give as much support as we can during this time of bereavement to her mother and close friends.”