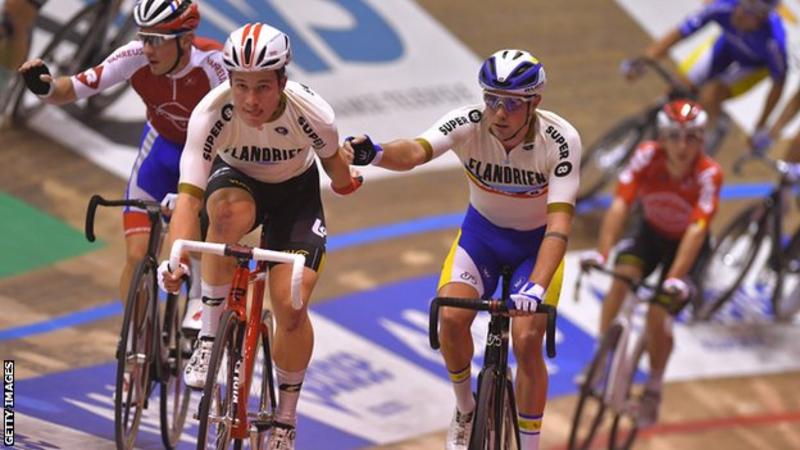 Belgium’s Gerben Thijssen is in intensive care after being injured in a heavy crash in the first night of racing at the Ghent Six Day. The Lotto Soudal rider, 21, suffered three small brain haemorrhages and fractured three ribs and a collarbone.

He will have further examinations on Wednesday and is expected to remain in intensive care for up to three days. “Gerben remained conscious at all times,” said team spokesperson Philippe Maertens. “His condition is stable.” Thijssen crashed on the last lap of the supersprint after making contact with Denmark’s Oliver Wulff Frederiksen. He was attended to on track and, after a request by the other riders, the crash brought an early halt to the night’s racing. Britain’s Mark Cavendish also crashed during the one-lap time-trial but the 34-year-old, who won the event with Bradley Wiggins in 2016, was not seriously injured. This year Cavendish is partnered with seven-time winner Iljo Keisse, who paired with Jonas Rickaert as Cavendish was sidelined for the madison. After the first day, Jules Hesters and Otto Vergaerde lead with 46 points, one point ahead of 2018 runners-up Kenny de Ketele and Robbe Ghys.