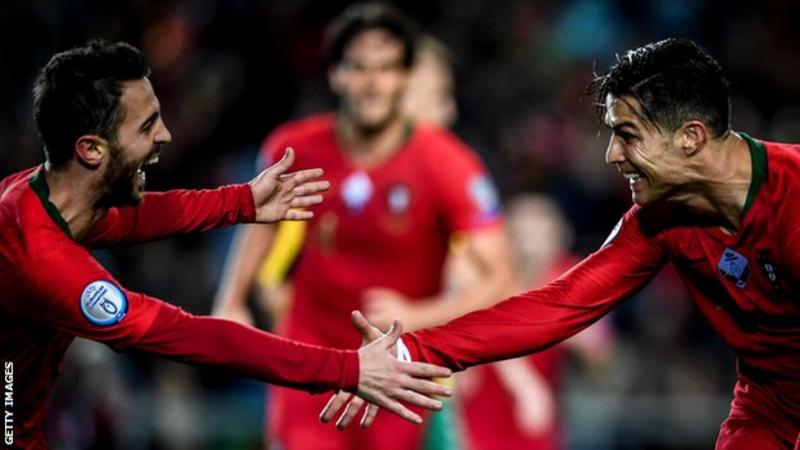 Cristiano Ronaldo took his tally to 98 international goals as his hat-trick against Lithuania moved Portugal to within one win of a place at Euro 2020. The 34-year-old Juventus forward could become only the second man to reach 100 international goals if he scores twice against Luxembourg on Sunday.

The Portugal captain scored an early penalty before curling in a second. Pizzi, Goncalo Paciencia and Manchester City’s Bernardo Silva scored before the latter set up Ronaldo for his third. Ronaldo’s ninth Portugal hat-trick – with seven of those coming since his 30th birthday – takes him to within 11 goals of Iran legend Ali Daei’s world-record 109. This is his joint most goals in a calendar year for Portugal, with 13 – coming in his past seven caps – matching his 2016 total. Ronaldo had been substituted in his last two Juventus games, with manager Maurizio Sarri saying he had a knee problem. But Portugal boss Fernando Santos said: “I never had any doubts about his condition, it was other people who had them. Nothing surprises me about Cristiano.”