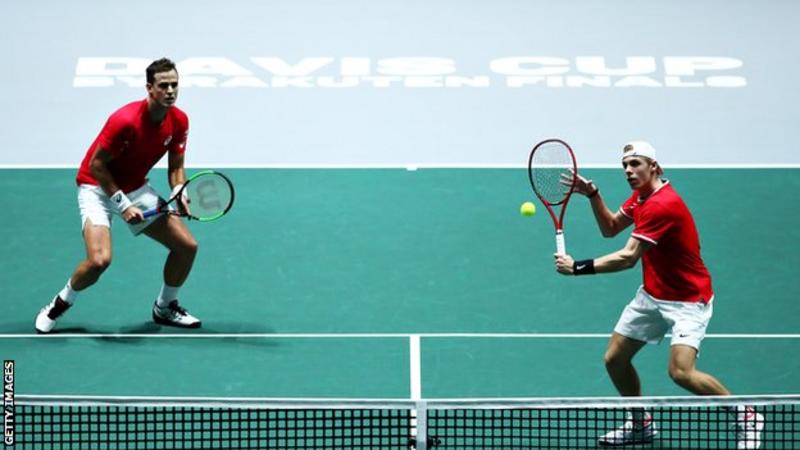 Canada will face either Russia or Serbia in Saturday’s Davis Cup semi-finals after a 2-1 win over Australia. The match came down to a deciding doubles where Vasek Pospisil and Denis Shapovalov secured Canada’s passage with a 6-4 6-4 win over John Peers and Jordan Thompson.

Pospisil put his country in front with a 7-6 6-4 victory over Australia’s John Millman. Alex de Minaur levelled the tie with a 3-6 6-3 7-5 win over Shapovalov. Earlier, Novak Djokovic ensured Serbia moved into the last as Group A winners with a straight-set victory over France’s Benoit Paire. The world number two won 6-3 6-3 after team-mate Filip Krajinovic overcame Jo-Wilfried Tsonga 7-5 7-6 (7-5) earlier.