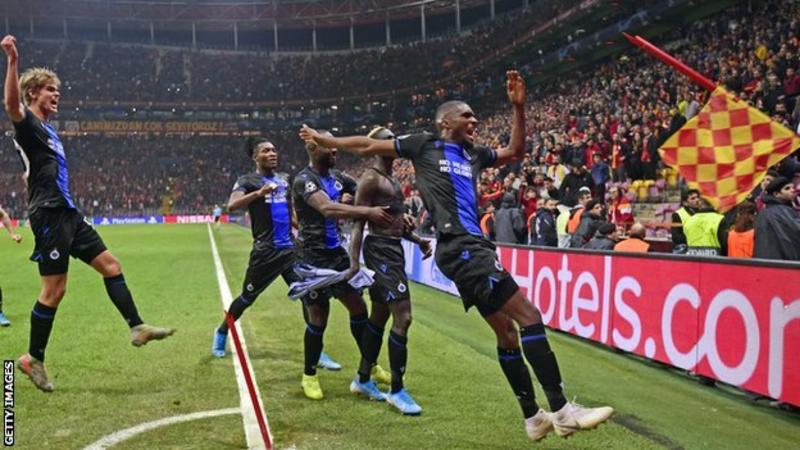 Club Bruges  celebrated their late equaliser at Galatasaray so much that they had two men sent off. When Krepin Diatta curled home from outside the box deep into injury time to make it 1-1 in Istanbul, you might have expected the drama to be over. He took his shirt off to celebrate, as modern footballers love to do. Unfortunately he appeared to forget he had already been booked so was shown a second yellow card and a red.