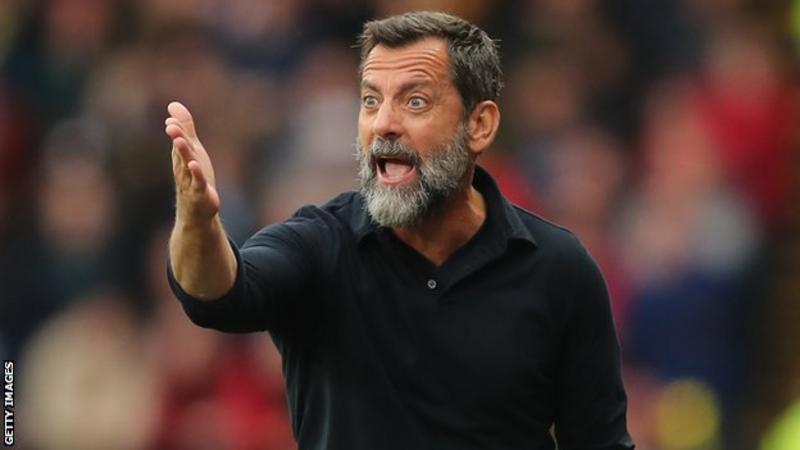 Watford have sacked manager Quique Sanchez Flores after Saturday’s 2-1 loss to Southampton, saying “ultimately results have dictated our decision”. Chris Hughton is a possible successor and the Hornets said a replacement will be appointed “imminently”. Sanchez Flores, who was in charge for the 2015-16 season, was reappointed on 7 September, replacing Javi Gracia.

But he won just one of his 10 league games in charge with Watford bottom of the Premier League. In an open letter to Watford fans published on the club website, the 54-year-old Spaniard said the club “will always be in my heart”. Watford have eight points after 14 games and are six points from safety – their worst return at this stage of a Premier League campaign. “Quique is a man of great integrity and it was clear how much he wanted to have a positive impact, but ultimately results have dictated our decision,” said chairman Scott Duxbury. “The appointment of a new head coach is imminent, and with nearly two-thirds of the season remaining, we will provide all the support necessary to make the coming months successful.” During Sanchez Flores’ latest spell in charge, they have only beaten Norwich in the league, while losing to Wolves, Chelsea, Burnley and Manchester City, where they were hammered 8-0. They were also knocked out of the Carabao Cup by Everton in the fourth round. Since Gianfranco Zola’s exit in December 2013, Watford have had nine managers, including Sanchez Flores twice. Fellow Spaniard Gracia had been in charge for 21 months – making him the first Hornets boss to last more than one full season since Zola. Sanchez Flores becomes the the third Premier League boss to be sacked in the past two weeks, following Unai Emery at Arsenal on Friday and Mauricio Pochettino at Tottenham on 19 November. Watford are in their fifth season back in the Premier League since promotion in May 2015.