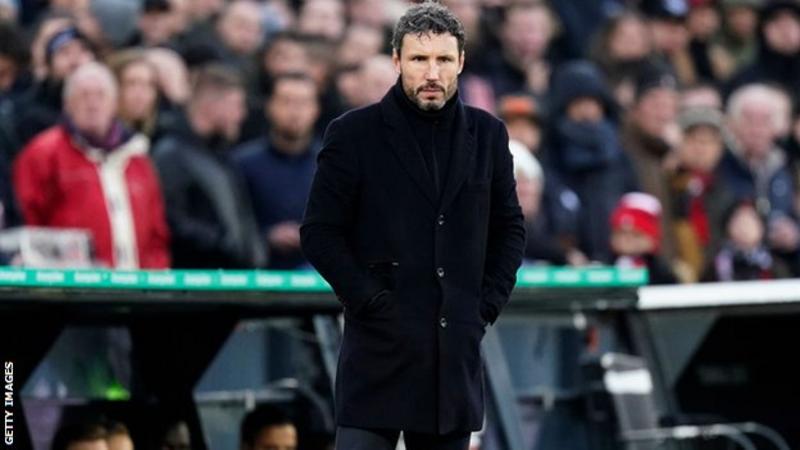 Mark van Bommel has been sacked as head coach of PSV Eindhoven after two wins in eight games in the Dutch Eridivise. PSV are fourth in the league, 10 points behind leaders Ajax, and lost 3-1 to Feyenoord on Sunday.

Ex-Barcelona and Netherlands midfielder Van Bommel, 42, who won four league titles in two playing stints at PSV, replaced Phillip Cocu in June 2018. “The continuous series of negative results is a decline too large and unworthy of PSV,” the club said. Van Bommel’s temporary successor is expected to be announced later on Monday.