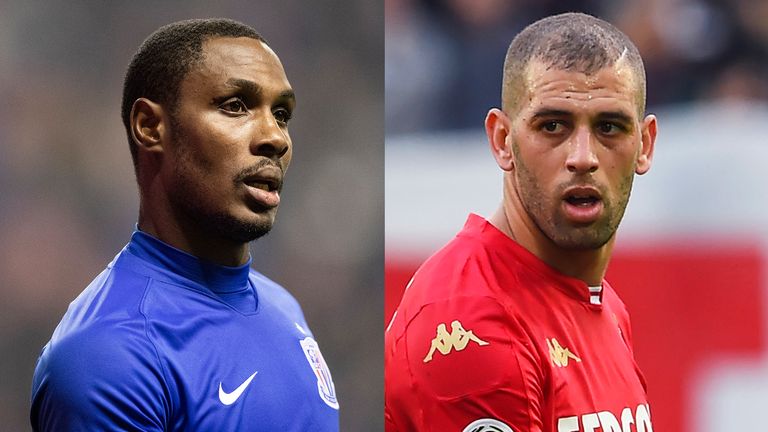 Odion Ighalo and Islam Slimani are two of a number of players Manchester United have looked at as they try to bring in a striker on loan following the long-term injury to Marcus Rashford. Former Watford forward Ighalo is with Chinese club Shanghai Shenhua and has two years left on his contract while Slimani is on loan at Monaco from Leicester.

Former Nigeria international Ighalo scored 17 goals in 55 Premier League appearances for the Hornets before securing a move to Chinese League One in 2017. Slimani has 13 goals in 46 appearances for his parent club Leicester but has been loaned out to Newcastle, Fenerbahce and Monaco since his arrival at the King Power Stadium in 2016 from Sporting Lisbon. After their 2-0 defeat to Burnley at Old Trafford in midweek, Ole Gunnar Solskjaer indicated that the club – six points behind fourth-placed Chelsea after successive defeats – are in need of ‘quality’ signings, with Paul Pogba as well as Rashford currently sidelined.