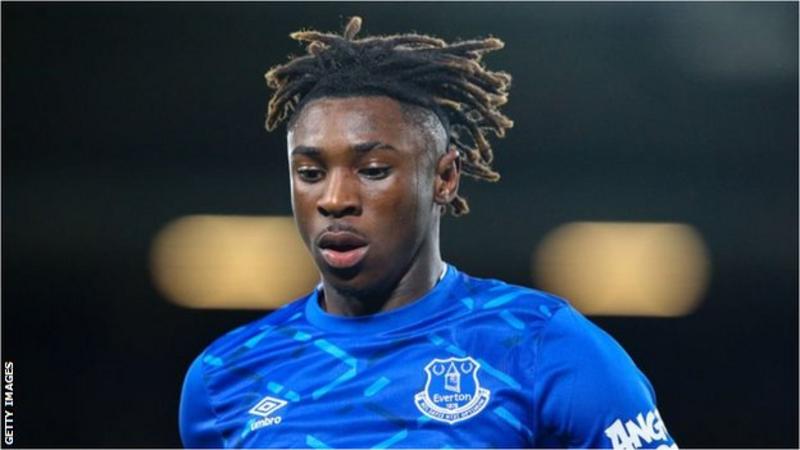 Everton striker Moise Kean is set to be disciplined by the club after being filmed at a house party in breach of government coronavirus guidelines. The Daily Star Sunday reported that Italian Kean, 20, filmed himself at the party in his apartment. It is likely that Kean will face a fine after Everton said they were “appalled” by the incident.

As of 27 April, more than 20,000 people have died from coronavirus in the United Kingdom. Kean joined Everton in August for £25.1m from Juventus but has scored only once in 26 appearances. The striker was dropped from the squad for a game at Southampton in November by then manager Marco Silva after being late for a team meeting for the second time. His latest discipline breach comes after several other Premier League players also ignored social distancing measures. Aston Villa captain Jack Grealish was pictured at the scene of a car accident, after going to “see a friend”. He apologised and said he was “deeply embarrassed”. Kyle Walker is waiting on any disciplinary action from Manchester City after reportedly breaking lockdown rules by hosting a party involving two sex workers. Tottenham’s Serge Aurier and Moussa Sissoko apologised for training together, while manager Jose Mourinho “accepted his actions were not in line with protocol” after being pictured holding a one-on-one training session in a park with midfielder Tanguy Ndombele. Chelsea midfielder Mason Mount was pictured having a kickabout with West Ham’s Declan Rice despite Mount testing positive for coronavirus and being told to self-isolate for 14 days.