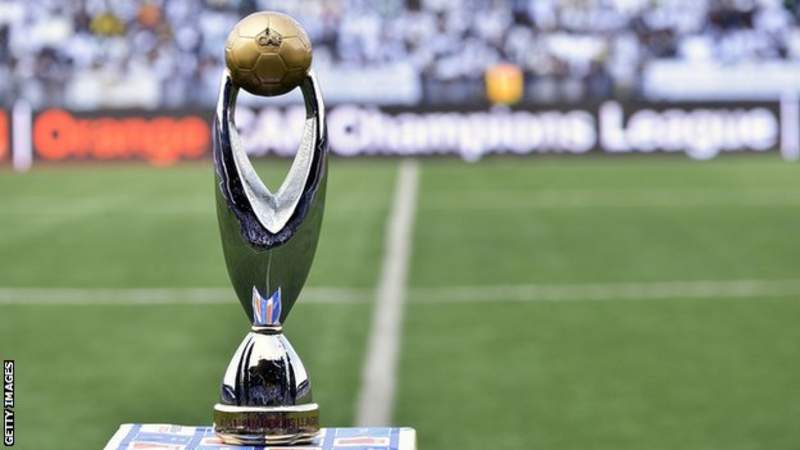 The Confederation of African Football (CAF) has proposed two different dates to resume the closing stages of both the 2019-20 African Champions League and Confederation Cup. A leaked document has revealed that CAF is targeting two scenarios, with the return to action either starting in late July/early August or in September.

Both competitions should have been finished in May but the semi-final stages were postponed in April as a result of the coronavirus pandemic. In the first scenario, the first legs of the semi-finals would take place between 31 July-2 August with the second legs the following weekend. The Confederation Cup final would then be played on 23 August, with the Champions League final taking place five days later. The second scenario earmarks a return for the semi-finals on 4-6 and 11-13 September, meaning the Confederation Cup final would be on 23 September and the Champions League showpiece on 25 September. The Champions League and Confederation Cup finals had been set to be hosted in Douala, Cameroon, and Rabat, Morocco, respectively as CAF opted for one-legged finals for the first time but it is unclear if this will still happen. In the Champions League, Morocco’s Raja Casablanca are due to meet Zamalek of Egypt while the other tie is also a Moroccan-Egyptian affair as Wydad Casablanca face record eight-time winners Al Ahly. Morocco cancelled all football on 14 March and has yet to indicate when the sport will resume, with a decision expected after the country’s lockdown ends on 10 June. Egypt, which suspended football a day later, has also to decide when to resume football. Meanwhile, in the Confederation Cup, Guinea side Horoya will face Egypt’s Pyramids while the other tie is an all-Moroccan affair between Renaissance Berkane and Hassania Agadir. It is also unclear when Guinean football will resume but Horoya are seeking permission to resume training in the coming weeks so that they can be ready for their tie. The delay to the current season has a clear impact on the 2020-21 campaign, which would ordinarily have got underway in August. CAF is now targeting a start in October 2020 with the finals to be played in May 2021, with four different scenarios being discussed if the finals are to take place in May. These range from cancelling the quarter-final stage of both competitions to playing both the semis and final in the same country. Cancelling the second preliminary round of the Confederations Cup and playing matches at the same time as the European Championships, which might divert fans’ attention, in June-July 2021 are also being considered.