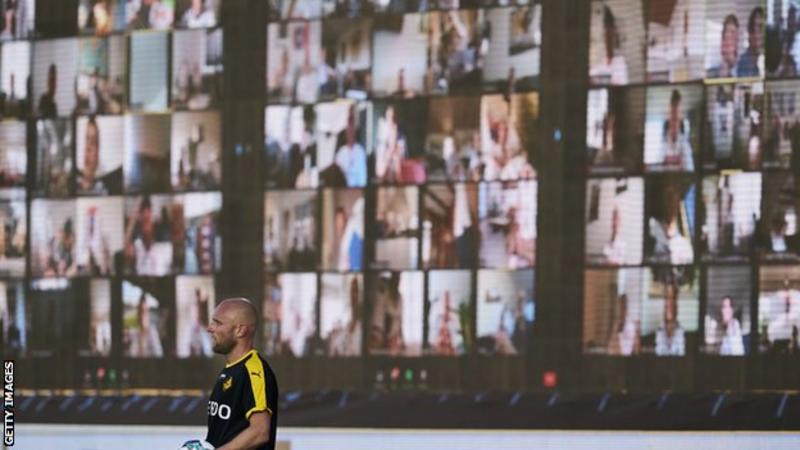 Tottenham will give some of their supporters the chance to be part of a live video fan wall during Friday’s home game against Manchester United. The English Premier League resumes this week, with all matches behind closed doors because of the coronavirus pandemic.

Spurs say fans will be broadcast “intermittently throughout the match so that the players will know fans are watching and cheering them on”. Television viewers will be able to have artificial crowd noise during matches. Games in Germany and Spain have also used artificial crowd noise after their own leagues restarted. In La Liga, the empty stands were also painted in ‘virtual support’ in what was supposed to be images of fans wearing club colours during Sevilla’s win over Real Betis in the the first game of its restart.