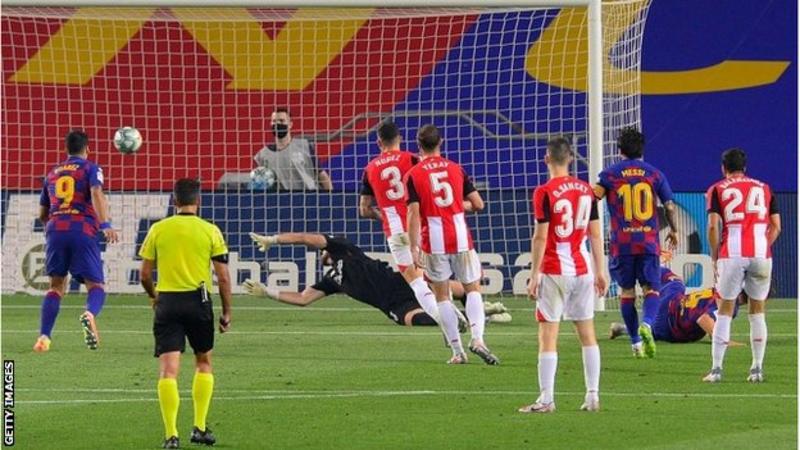 Ivan Rakitic scored the only goal as Barcelona beat Athletic Bilbao to move back to the top of La Liga. The substitute latched onto Lionel Messi’s pass before slotting home with 19 minutes to go. It was a 15th La Liga assist of the season for Messi, who remains on 699 career goals despite going close himself on two separate occasions in the closing stages.

Real Madrid can go back to the top if they beat Mallorca on Wednesday. Barcelona were far from their best but did enough to grind out this victory. With Real Madrid having a better head-to-head record, Barca need their rivals to slip up even if they win every remaining game. Mid-table Athletic had beaten the Catalans twice this season – on the opening day of La Liga and in the Copa del Rey quarter-final – but failed to test goalkeeper Marc-Andre ter Stegen once. Messi, who turns 33 on Wednesday, was hoping his 700th career goal would come – and he was close when he cut in and curled wide, before again missing the target from Ansu Fati’s pass. But he still helped Barca win the game when he fed Rakitic, who scored his first goal of the season. Messi’s 15 assists in La Liga this season have helped Barca pick up 15 points.