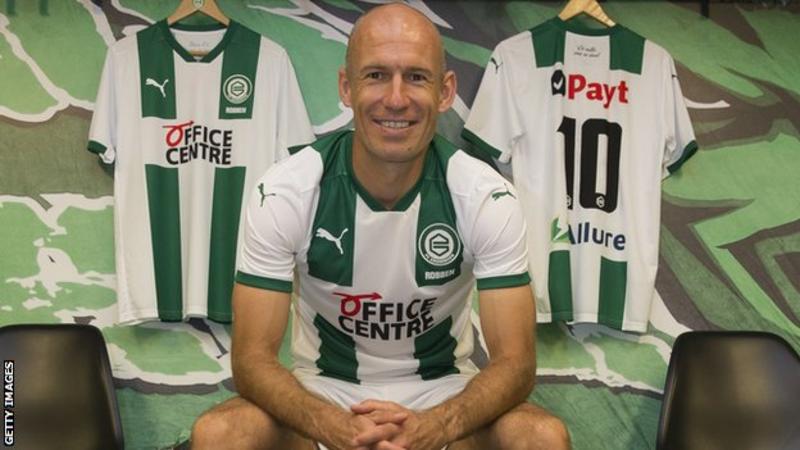 Former Chelsea, Real Madrid and Bayern Munich attacker Arjen Robben plans to return to football with boyhood club Groningen at the age of 36. Robben retired in July 2019 after a career in which he won more than 30 club trophies. However he hopes to be back in action for the 2020-21 season to help Groningen, who have been badly affected by the suspension of football.

“It is my dream to wear the Groningen shirt again,” he said. “I don’t know yet whether this will work. What I do know is that it will not depend on my commitment and motivation. “The club can use any help during this period to get through the corona crisis. “These past weeks I’ve had many conversations with club staff and maybe more than anything I’ve listened to the call of our supporters: Arjen, follow your heart!” Robben, who won 96 Netherlands caps after making his debut for Groningen at 16, admitted that the comeback would be “a tough physical challenge”. Groningen were ninth in the Eredivsie when the 2019-20 season was abandoned and then voided in April because of the global coronavirus pandemic. The first fixtures of next season are expected to be played in mid-September – more than six months after Groningen lost 1-0 away to PSV Eindhoven in their most recent match.

Robben (centre) made his breakthrough at Groningen before moving to PSV, Chelsea, Real Madrid and Bayern Munich.