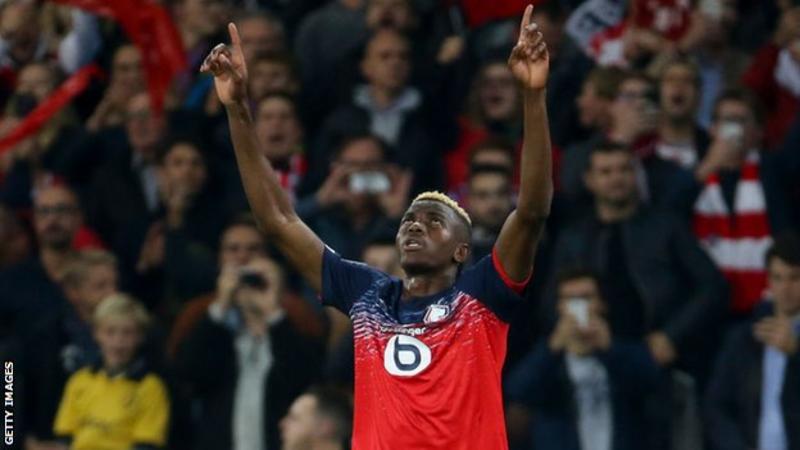 Osimhen won the award ahead of Monaco’s Algerian striker Islam Slimani and Reims’ Moroccan Yunis Abdelhamid. At 21 years of age, Osimhen becomes the youngest winner of the trophy. The prize is named in honour of Marc-Vivien Foe, who died after collapsing on the pitch in 2003. Osimhen, who came to Lille from Charleroi, is currently one of the most sought after players in France, having scored 13 goals with four assists in 27 Ligue 1 matches. He was voted as the winner by a panel of 100 journalists, according to the award organisers French radio station RFI and television station France 24. They say they decided to keep this year’s award despite the Ligue 1 season ending in April, before its completion, because of the Covid-19 pandemic. Osimhen has not resumed training with Lille as he is in Nigeria following the death of his father.