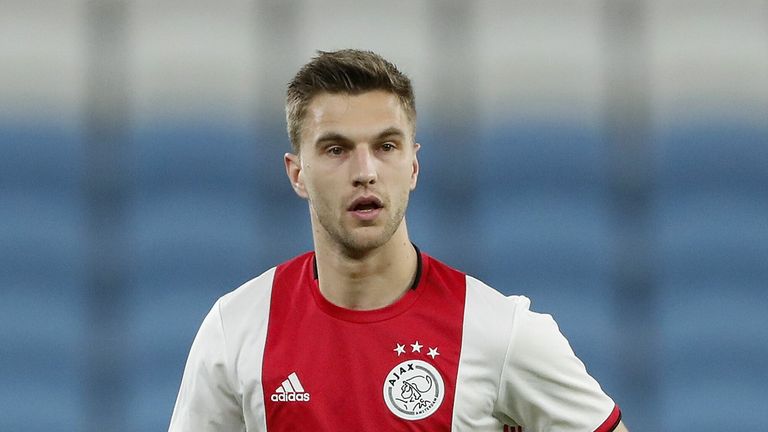 Brighton have completed the signing of defender Joel Veltman from Ajax. The Seagulls signed Veltman by triggering a release clause in his contract, paying Ajax just over £900,000. The 28-year-old Netherlands international, who can play in central defence or as a right-back, has joined the club on a three-year contract.

“We’re delighted to welcome Joel to the club. He has terrific experience from his time with Ajax including the Champions League and, of course, with the Dutch national team,” Brighton head coach Graham Potter said. “He’s an excellent defender who can play at right-back and at centre half, but he’s also comfortable in possession. “He is really looking forward to the challenge of playing in the Premier League and we’re delighted he is now a Brighton player and we’re looking forward to working with him.” Veltman made his Ajax debut in 2012 and has been with the club for 19 years, having come through the club’s academy system. He has made more than 200 appearances for the Dutch giants, scoring ten goals. He has won four Eredivisie titles and played regularly in the Champions League. He has won 22 caps for his country, the most recent in November when he helped Netherlands qualify for Euro 2021 with a goalless draw against Northern Ireland in Belfast. Veltman revealed he will wear the No 34 shirt as a tribute to former Ajax team-mate Abdelhak Nouri, who collapsed during a friendly in 2017 and went into an induced coma, suffering permanent brain damage. Nouri woke from the coma in March 2020 and is now being cared for by his family at home. “Everyone knows what happened to Appie”, Veltman said. “He was a friend of everyone, we all love him and still do which is why when Ajax celebrates a goal they show the No 34.