Newly appointed Nigeria’s interim coach, Samson Siasia, have given a hint that he may recall former captain Vincent Enyeama and Emmanuel Emenike back to the Super Eagles squad. Both players had announced their retirement in what was seen as their disapproval of former coach Sunday Oliseh’s ways. Speaking to journalists shortly after his appointment, Siasia said:

“It is an emergency assignment. If they (the NFF) say we should do the rescue job, we have to do it for the sake of Nigeria. “We will go for the best legs. I mean players with commitment, to ensure that we qualify ahead of Egypt. We will look at the players we believe can help the team, including Vincent Enyeama and Emmanuel Emenike who retired from the team last year. The coaching crew will sit down and make up the list, and the Egyptians must fall as far as we are now in charge.”

Towards the late minutes of today’s match between Manchester United and Arsenal at Old Trafford, Louis van Gaal got out of his seat, a rare sight that elicited cheers from the home fans. Where was he going? The Manchester United boss walks up to fourth official and proceeds to lie down on the floor, presumably questioning the actions of someone on the pitch.

END_OF_DOCUMENT_TOKEN_TO_BE_REPLACED

Nigeria’s Kelechi Iheanacho pictured yesterday with his Manchester City team mates getting a Saturday night train to London from Stockport. They have a date with Liverpool today at Wembley by 5:30pm Nigerian time. It’s the league cup final.

Jurgen Klopp and YNWA banner adorn Wembley way. We might see a battle of the Toure brothers, Yaya for Man City and Kolo for Liverpool. 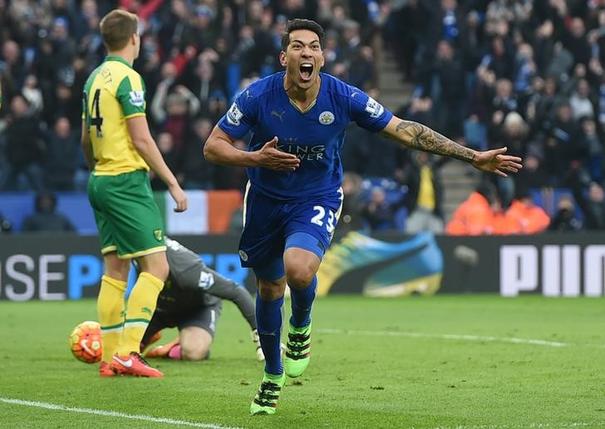 Real Madrid forward Cristiano Ronaldo said “if we were all at my level maybe we would be leaders” after his side’s 1-0 derby defeat by Atletico Madrid. A first defeat under Zinedine Zidane leaves Real nine points off leaders Barcelona, and four below Atletico. Real were missing Gareth Bale and Marcelo through injury, while Karim Benzema was replaced at half-time. “I don’t want to disrespect anyone, but when the best players aren’t available it’s harder to win,” Ronaldo said. “I like to play with Karim, with Bale, with Marcelo. “I’m not saying the others like Lucas Vazquez, Jese and Mateo Kovacic are not good players – they are very good players – but it’s not the same.” Afterwards he sought to clarify his quotes, telling Marca: “When I say that, I am talking about my fitness level, not my level as a player. I am no better than any of my team-mates”. Ronaldo used an expletive to describe how he feels the media describe him and added “but I don’t listen to what the press say. The statistics and numbers don’t lie”