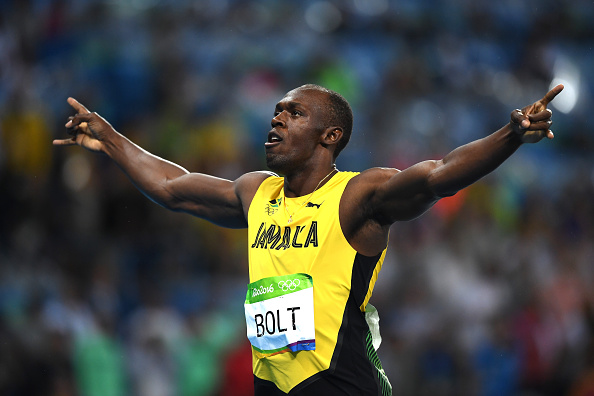 Usain Bolt won the men’s 200m to claim his second Rio 2016 gold, his eighth at an Olympics, and keep alive his hopes of an unprecedented ‘treble treble’. The Jamaican ran 19.78 seconds to come home ahead of Canada’s Andre de Grasse and France’s Christophe Lemaitre. Bolt, 29, has already won the 100m in Rio and will run in the 4x100m relay final today (02:35 Nigerian time, Saturday). Bolt is aiming to match his achievement of claiming gold in the 100m, 200m and 4x100m relay at both Beijing 2008 and London 2012. The Jamaican, who said in February he would retire after the 2017 World Championships, has won all eight of the Olympic finals in which he has appeared.

“The fact I came here and executed what I wanted to is a brilliant feeling,” Bolt said. “I wasn’t happy with the time when I crossed the line but I’m excited I got the gold medal – that’s the key thing.” Only US sprinter and long jumper Carl Lewis and Finnish long-distance runner Paavo Nurmi have won more Olympic gold medals in athletics. Lewis won nine golds between 1984 and 1996, while Nurmi also won nine between 1920 and 1928. “What else can I do to prove I am the greatest? I’m trying to be one of the greatest, to be among Ali and Pele,” added Bolt. “I have made the sport exciting, I have made people want to see the sport. I have put the sport on a different level.” Bolt believed he could break his world record of 19.19 and even go under 19 seconds in Rio’s Olympic Stadium. So the slow time – by his standards at least – left the Jamaican gesticulating angrily as he crossed the line more than two tenths of a second ahead of De Grasse. But Bolt quickly broke into a beaming smile, celebrating with a trademark ‘Lightning Bolt’ as thousands of fans chanted his name.