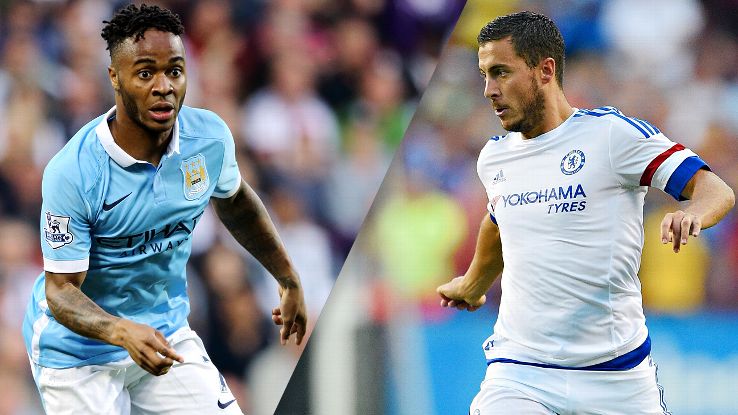 The nominations for the Premier League player of the month for August are in, and they show a return to form for a couple of individuals who had underwhelming campaigns last time out. Manchester City winger Raheem Sterling – pilloried for his performances with England at the European Championship in the summer – makes the list, as does Chelsea’s Eden Hazard. Hull City gain recognition for their superb start to the season, with centre-back Curtis Davies nominated and Manchester United’s Antonio Valencia taking the fourth slot.

Manchester City boss Pep Guardiola has left midfielder Yaya Toure out of his 2016-17 Champions League squad. City could not include more than 17 overseas players in their squad. Guardiola still has 18 on his books, despite letting four foreign internationals leave before Wednesday’s transfer deadline, and Toure was one who missed the cut. Toure, 33, will not be able to play in City’s group games against Borussia Monchengladbach, Celtic and Barcelona. The Ivory Coast international has played a major part in all City’s trophy wins since he was bought by them from Barcelona, then managed by Guardiola, for £24m in 2010.

END_OF_DOCUMENT_TOKEN_TO_BE_REPLACED

Midfielder Bastian Schweinsteiger has been included in Manchester United’s 25-man Premier League squad. The 32-year-old World Cup winner was told by new United boss Jose Mourinho recently that he was unlikely to play for the Old Trafford club again. All 20 top-flight clubs had to submit their 25-man squads to the Premier League yesterday. Schweinsteiger, who signed a three-year contract in July 2015, has trained alone and with the under-23s since Mourinho took charge in the summer. The former Bayern Munich star said he “will be ready if the team needs me” but Mourinho says Paul Pogba, Marouane Fellaini, Morgan Schneiderlin, Ander Herrera and Michael Carrick are above him in the pecking order.

Former Italy midfielder Gennaro Gattuso is back in charge of Serie B side Pisa, one month after resigning. The 38-year-old ex-AC Milan player led the club to promotion last season but quit on 31 July saying there were “problems on a daily basis” and the club lacked passion.  His management career to date has been colourful – he was sacked after three months in charge of Swiss side Sion and only lasted six games with Serie B side Palermo. He was in charge of OFI Crete for six months, his longest reign before his season at Pisa.

Sierra Leone will qualify for the Africa Cup of Nations for the first time in 20 years if they beat Ivory Coast on Saturday. But a point for Ivory Coast from the final Group I match would secure their place in Gabon next year. The Leone Stars, who sit 19 places below Ivory Coast in the African rankings, have been in Ghana to prepare for the game in order to avoid pressure from their fans at home. “My squad includes many young footballers who have never competed at the Nations Cup and tackling Ivory Coast is a massive challenge for them,” Sierra Leone coach Sellas Tettah said.

The Italy vs France friendly match (which ended 3-1 in favor of France) was notable for being the first international match to use video assistant referees. FIFA president Gianni Infantino was at the game and said “football history” had been made when officials consulted video over a potential penalty decision. “You could see that the referee stopped play for a couple of seconds and during those seconds the two referees in the truck verified that there was no penalty,” Infantino told Italy’s Rai TV. “We’ve seen football history here,” he added. “We’re in 2016 so it’s about time to try it.” Infantino says he hoped the technology will be used at the 2018 World Cup. Trials have already taken place in the United Soccer League – the third tier of US football – and the system will also be tested in six other countries in the next two years, including Germany and Italy.

END_OF_DOCUMENT_TOKEN_TO_BE_REPLACED

Mikel John Obi may be exactly the same age as David Luiz (both born April 22, 1987), but the Nigerian international is one of Chelsea’s elder statesmen.  He’s the second longest-serving active player in the squad and is tied for 15th on the all-time appearances list with Charlie Cooke.  (At just 29 years of age, Mikel still has a chance to reach lofty heights on the all-time appearances list, provided he signs a new contract this year.) While he’s been away from Chelsea for most of the summer on Olympics duty with Nigeria (and winning bronze), Mikel’s still got the pulse of the squad and using his new-found love of Twitter, welcomed Sideshow Dave back to Chelsea, and reminded him to play nice with Diego Costa. Just as he had clashed a bit with John Terry before joining Chelsea, Diego and David Luiz had their fun while facing each other in various combinations of the colors of Atletico Madrid, Chelsea, and PSG.

Lionel Messi was back in an Argentina shirt with the captain’s armband strapped around his left arm, and it took just one half of soccer in Thursday’s World Cup qualifier against Uruguay to remind Argentine fans what they would’ve missed had he stayed retired. The Barcelona superstar momentarily broke through the physical and sometimes chippy play in Argentina’s 1-0 home victory in Mendoza to score a wonderful opening goal in the 43rd minute. What made the goal special was Messi’s control with his heel. Here’s his exquisite flick in slow motion. Unfortunately for Messi and Argentina, Paulo Dybala got sent off just before halftime to reduce the Albiceleste to 10 men. The second yellow card left the 22-year-old Juventus star in tears and had Messi in the referee’s face at halftime and again before the start of the second half. With the Argentines clinging to a 1-0 lead late, a few fans at Estadio Malvinas couldn’t pass up the chance to let Messi know just how much they appreciate Argentina’s No. 10. They ran onto the field to halt play, one of them getting close enough to hug Messi.