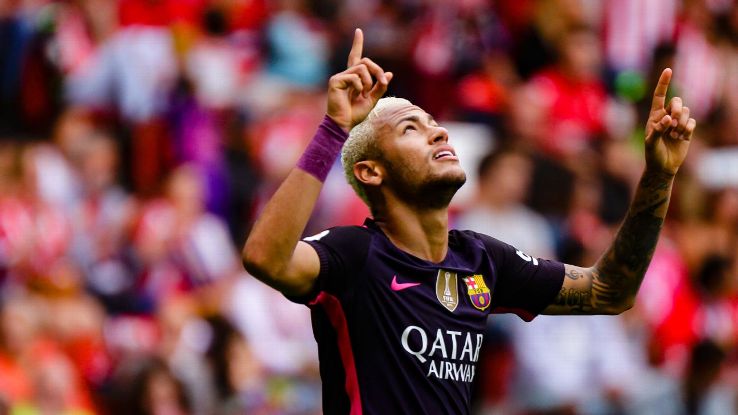 Neymar Jr has signed a new five-year deal to remain at Barcelona. The Brazilian superstar had earlier broken the news by posting a picture of himself on Twitter in the early hours of Friday morning confirming the news with a message in Portuguese saying, “I’m very happy to continue living this dream! Long live Barcelona and long live Catalunya!” And the club then confirmed the deal had been signed, with the prolific striker to remain at the Catalan giants until 2021. The 24-year-old has a €200 million buy-out clause – not quite the €1bn once reportedly slapped on Cristiano Ronaldo by Real Madrid, but enough to dissuade any serious purchasers.

That €200m rises to €222m in the second year of his deal, and €250m thereafter. Neymar’s future had been shrouded in doubt over rumours that Real Madrid, PSG or Manchester City might make a huge offer for the player, who has been with Barca since 2013. The off-pitch problems – including a lengthy legal investigation into the circumstances and financial details of his transfer from Santos – clearly didn’t help him feel any more settled, but all the issues have been sorted out. Neymar has scored 85 goals in 141 games for Barcelona, winning the double in each of the last two seasons, and also lifting the Champions League trophy in 2015.