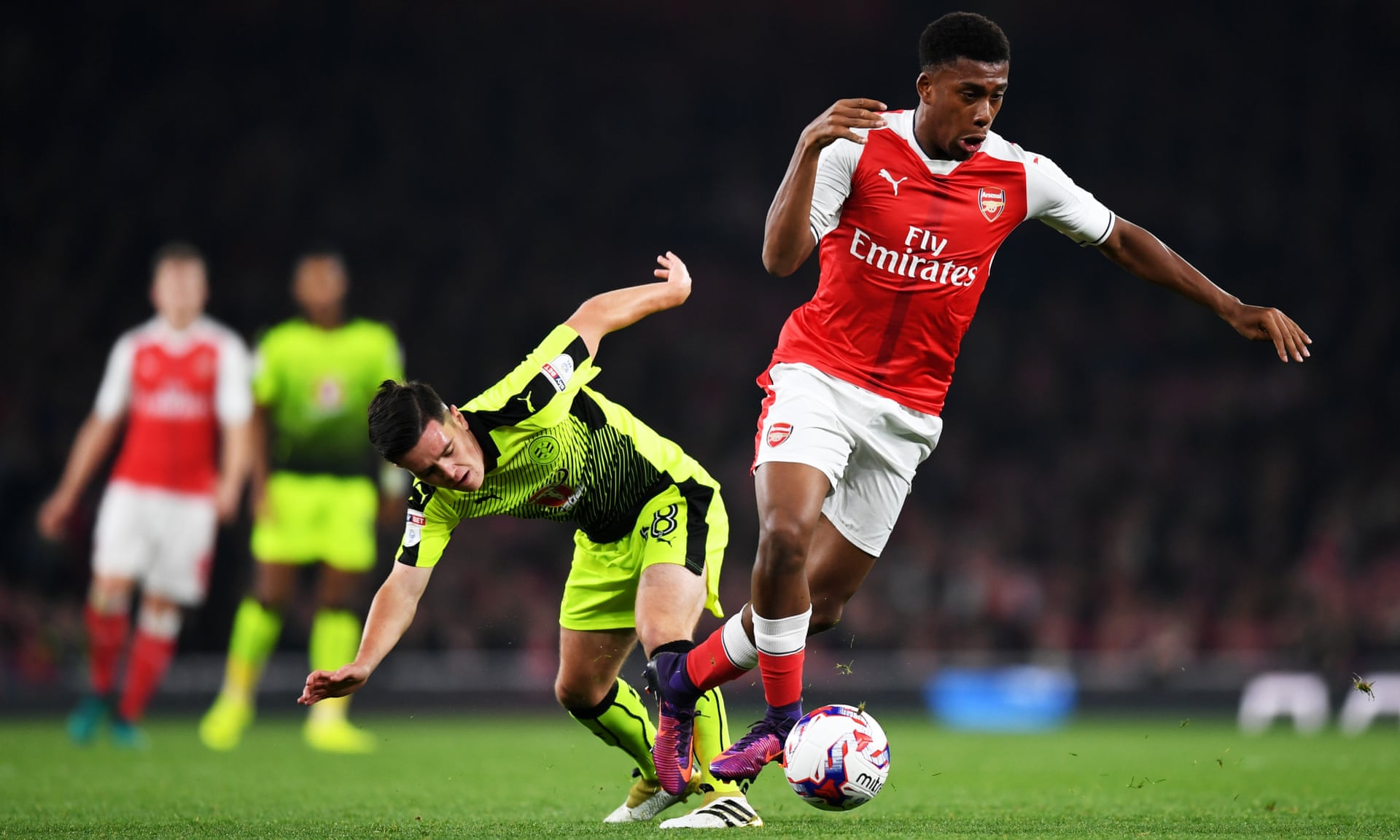 Arsène Wenger has challenged Alex Iwobi to find the missing piece in his game, having said he is currently “too nervous” in front of goal. The Arsenal manager played Iwobi in the No10 role in the 2-0 EFL Cup win against Reading on Tuesday night, and he watched him link the play smartly. Like many of Arsenal’s attacking midfielders over the years, Iwobi would love to be given the roaming role behind the striker. At present, though, there is a significant obstacle in his way – Mesut Özil. Iwobi had sightings of goal against Reading but he could not finish and one moment served to undermine what was a positive all-round performance.

When Alex Oxlade-Chamberlain swapped passes with the substitute Olivier Giroud on 74 minutes and saw his shot beaten out by the goalkeeper, Ali Al-Habsi, the ball broke to Iwobi and a big chance beckoned. Iwobi had to take it first time but he mistimed it and got the ball stuck under his studs. The 20-year-old has two goals so far for Arsenal. “He is not a typical winger and I think he can play in the No10 role,” Wenger said. “He turns the game forward, he passes the ball through the lines very well, he has a final ball in him. I think he has all in the locker to pass and give the final ball. What you want from him now is the finishing – that’s still a little part that is missing in his game. He is too nervous at the moment when he has the possibility to finish.”