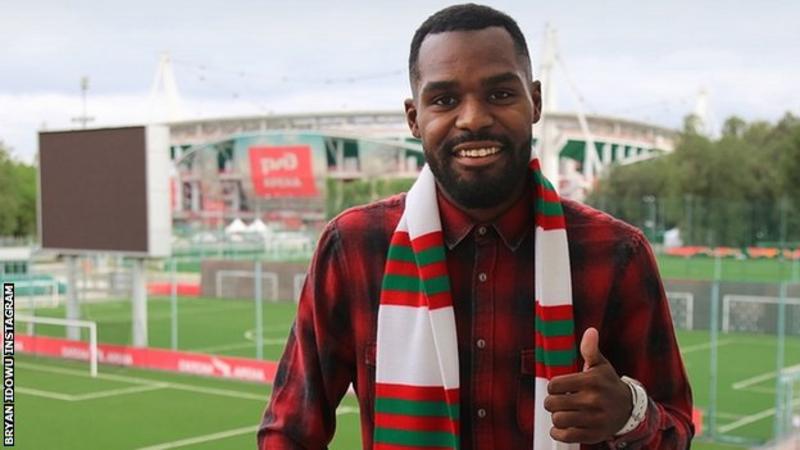 Nigeria World Cup left-back Bryan Idowu,26, has signed for Russian premiership side Lokomotiv Moscow. The Russia-born player joins on a three-year deal. He moves from financially-stricken FC Amkar Perm, who were relegated to the third tier in June. “I’m really excited by the opportunity to join Lokomotiv and really looking forward to joining the team at the training camp,” he told Lokomotiv’s website. “As a young boy I watched the club in the Champions League against the likes of Real Madrid and Inter Milan, they had a great squad and the whole country was proud of the team. “So I’m looking forward to being part of it.”

Idowu, who played in all three of his country’s matches at the World Cup in Russia last month, becomes the third Nigerian star to join Lokomotiv in a decade, following in the footsteps of Osaze Odemwingie and Obinna Nsofor. Born and raised in Saint Petersburg, Idowu started his career with the youth side of giants FC Zenit Saint Petersburg. In 2010 he switched to Amkar Perm and made a season-long loan return in 2013 to Dynamo St. Petersburg. Eligible to play for his country of birth Russia, Idowu caught the eyes of Nigeria coach Gernot Rohr and made his debut for the Super Eagles in a friendly against Argentina in November. He scored the third goal in Nigeria’s 4-2 win and made four more friendly appearances before the World Cup.