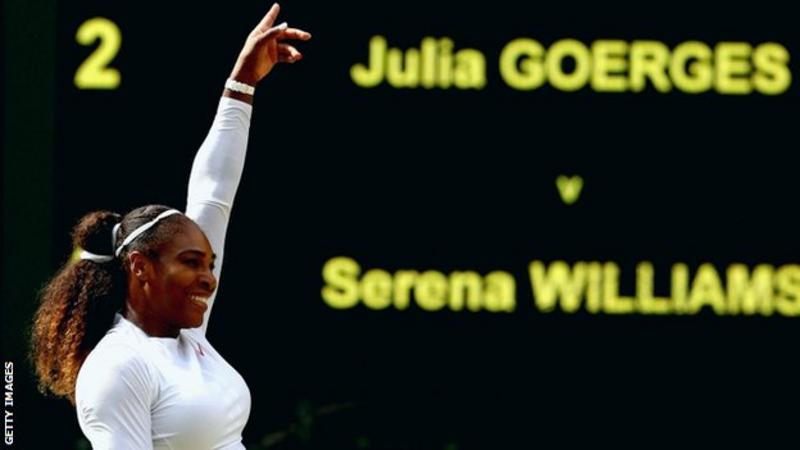 Serena Williams was expecting to take “baby steps” on her return to tennis as a mum but after reaching the Wimbledon final wants to make giant strides. The former world number one will be seeking a record-equalling 24th Grand Slam title when she faces Angelique Kerber in Saturday’s showpiece. Despite being only four tournaments into her return, she has been many people’s favourite for an eighth title. “This is not inevitable for me,” said Williams, who gave birth in September.

“It’s no secret I had a super tough delivery. I lost count after, like, four surgeries because I was in so many surgeries. There was a time I could barely walk to my mailbox. “It’s like, come on guys, this is pretty awesome. To hear people say, ‘Oh, she’s a favourite’ – the last 16 months, I’ve played four tournaments, and was carrying another human half that time. It’s interesting.” Williams, 36, arrived at the All England Club ranked 181 in the world and seeded 25th but these numbers have been fooling no-one. Although her 6-2 6-4 victory over German 13th seed Julia Gorges on Thursday was her first match against a top-50 player at these championships, she has shown enough power, desire and stamina here to answer any questions over the shape she is in.