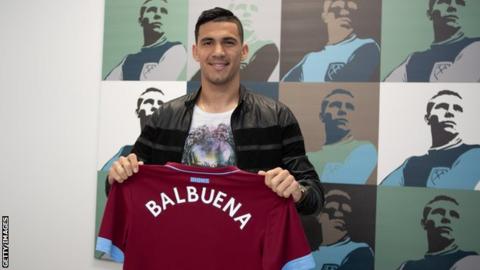 West Ham have signed Paraguay defender Fabian Balbuena from Corinthians on a three-year deal. The 26-year-old joins the Hammers for an undisclosed fee after two years with the Brazilian top flight side. Balbuena, who captained Corinthians and has seven international caps, becomes West Ham’s sixth summer signing.

“I’m really excited for this new challenge and my target is to meet the demands of the Premier League,” said the centre-back. “Obviously to be at West Ham is an extra motivation and I want to do my best to help the team.” Manuel Pellegrini took over as manager at the London Stadium club in May and signed England midfielder Jack Wilshere and Ukraine winger Andriy Yarmolenko last week.