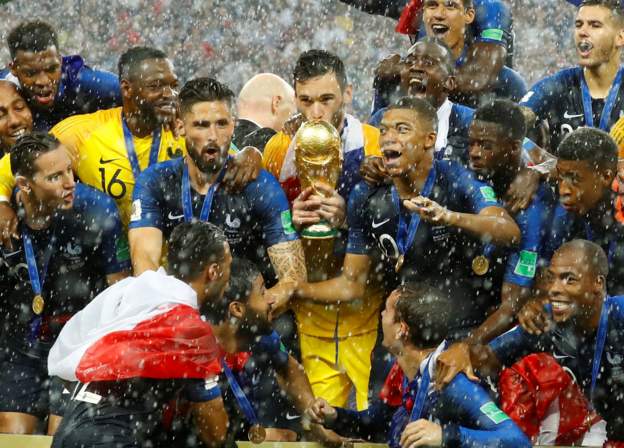 France won the 20148 FIFA World Cup for the second time by beating Croatia 4 – 2 in a thrilling final in Moscow’s Luzhniki Stadium. Didier Deschamps’ side repeated the success on home soil at France ’98 by a margin that hardly looked possible as Croatia stood toe-to-toe with the favourites for an hour.

France’s victory meant Deschamps, who captained them 20 years ago, became just the third man to win the competition as a player and coach. Croatia also felt their luck deserted them, but ultimately France ran out victorious to erase the memories of the loss to Portugal in the Euro 2016 final in Paris. 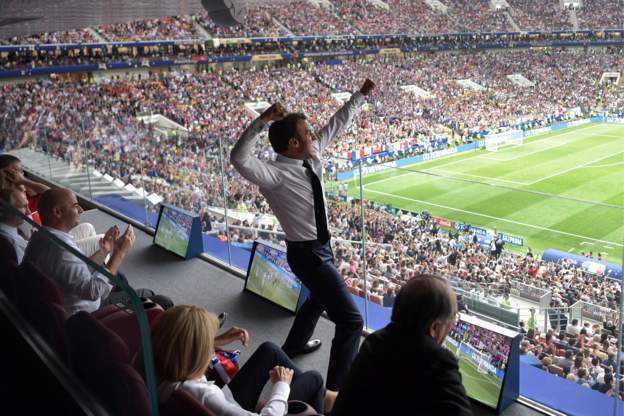 French President Emmanuel Macron celebrating a goal from the VIP box during the final match.