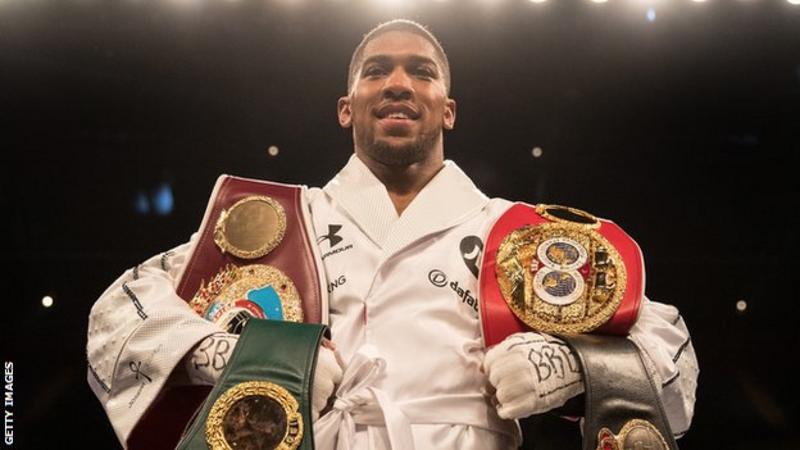 Britain’s Anthony Joshua will defend his world heavyweight titles against Russian Alexander Povetkin at Wembley Stadium on 22 September. The 28-year-old unified the WBA, IBF and WBO world heavyweight titles with a unanimous points win over New Zealander Joseph Parker in Cardiff in March. Unbeaten in 21 professional bouts, he now faces 38-year-old Povetkin, the WBA champion from 2011-2013. Povetkin knocked out David Price on the Joshua-Parker undercard in Cardiff.

The experienced Russian has suffered only one defeat since his professional debut in 2005, losing by unanimous decision to Wladimir Klitschko in Moscow in 2013. It will be a meeting of two former Olympic champions, Povetkin taking super-heavyweight gold at the 2004 Athens Games and Joshua the same title at London 2012. “I can’t wait to get back in the ring – the end of March feels a long time ago now,” said Joshua, who will return to the scene of his 11th-round knockout of former champion Klitschko in April last year. “Povetkin is a serious challenge that I will prepare meticulously for. He has serious pedigree and only a fool would underestimate what he brings to the table.”