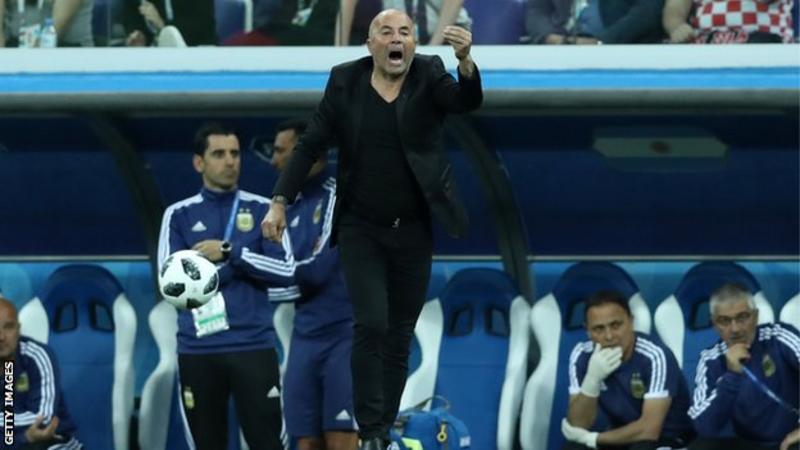 Argentina and manager Jorge Sampaoli have “mutually agreed” to terminate his contract in the wake of the team’s disappointing 2018 World Cup campaign. The 2014 runners-up went out of the tournament courtesy of a 4-3 defeat by France at the last-16 stage. Sampaoli, 58, took charge of his home country in May 2017 and the team scraped through qualifying.

Physical trainer Jorge Desio and video analyst Matias Manna have also left with Sampaoli. The Argentina Football Association said: “Today, the Argentine Football Association and the former national team coach, Jorge Sampaoli, have mutually agreed to the termination of their contract.” The team only progressed from the group stages in Russia with an 86th-minute winner from Marcos Rojo against Nigeria. That came after Argentina drew their first game 1-1 with Iceland before a 3-0 defeat by eventual group winners Croatia.