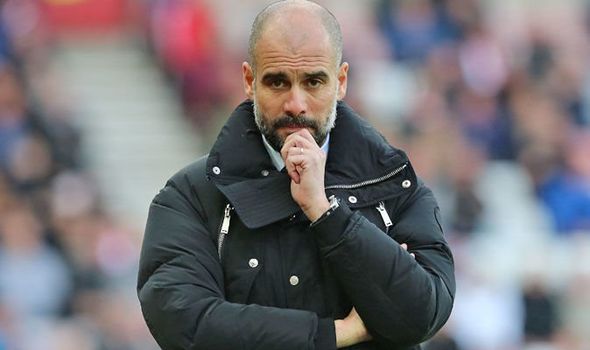 Manchester City manager Pep Guardiola says “the distance is big” but still believes his team can catch Liverpool in the Premier League title race. City’s 2-0 defeat by Wolves means they are now eight points behind Liverpool. It is the biggest lead any side has had after eight games in the Premier League era – the previous biggest was Chelsea in 2014, who went on to win the title.

“I know these guys,” said Guardiola. “They are still incredibly involved and they can still do it.” The defeat means City are experiencing their worst start since the 2013-14 campaign under Manuel Pellegrini, when they went on to win the title. Liverpool preserved their 100% record on Saturday thanks to James Milner’s controversial injury-time penalty against Leicester. “The distance is big, I know that,” said Guardiola. “For many circumstances, they [Liverpool] didn’t drop points. It is better not to think one team is eight points ahead. It is only October. There are still a lot of games.” The biggest gap City had to make up on Liverpool last season was seven points, although that was after 20 games, and they only had to play each other once. The two sides meet for the first time at Anfield on 10 November. City are aiming to become the first team to win three successive league titles since Manchester United between 2007-09. Last term they became the first team to retain the title since then. Chelsea are the only other side to win back-to-back titles in the Premier League era. “Most of the teams who won in the past, the year after, they don’t win,” said Guardiola. City have failed to win two of their opening four home league games for the first time since 2014. They have already dropped five points at home, two more than the whole of last season. The year before, when they reached a record 100 points, they dropped seven at the Etihad Stadium in the entire campaign. Prior to this game, City were the only ‘big six’ side Wolves had failed to beat since the start of last season, having beaten the others in the league and having knocked Liverpool out of the FA Cup. “It was a bad day,” said Guardiola. “I had a feeling today would be the day when we created less. We have faced many teams defending deep and more or less we found a way to do it but today we had a problem.