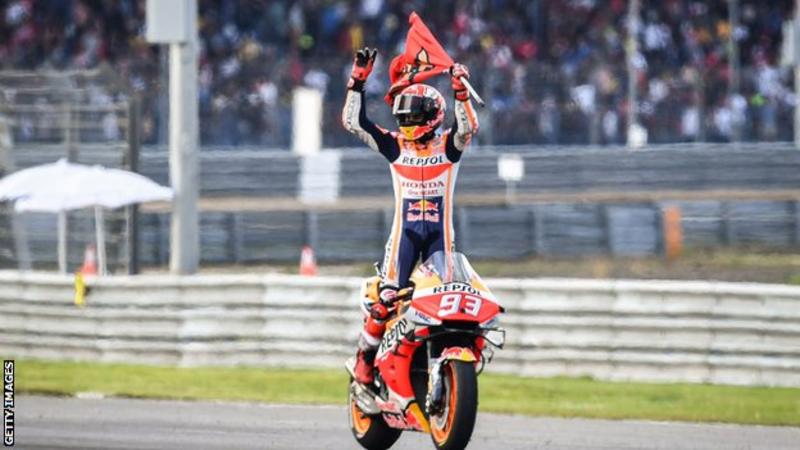 Marc Marquez has won his sixth MotoGP world title – and his fourth in a row – after victory in Thailand on Sunday. The 26-year-old, who was taken to hospital after a crash in practice at Chang circuit in Buriram, sealed his latest crown with four races to spare.

The Spaniard had to win at least two points more than closest rival Andrea Dovizioso – and did so as the Italian finished fourth. Fabio Quartararo was second, with Maverick Vinales in third. Frenchman Quartararo passed Marquez on the last corner of the the final lap – but Marquez was still able to retake the lead for his 53rd MotoGP race win. “I was planning the weekend to win the race and not think about the championship,” said Marquez. “My target was to find the best way to win the race, and that’s what I did. “Amazing year. All the team did an amazing job. Now it’s time to enjoy and celebrate the title.” The next race will take place in Japan on 20 October.