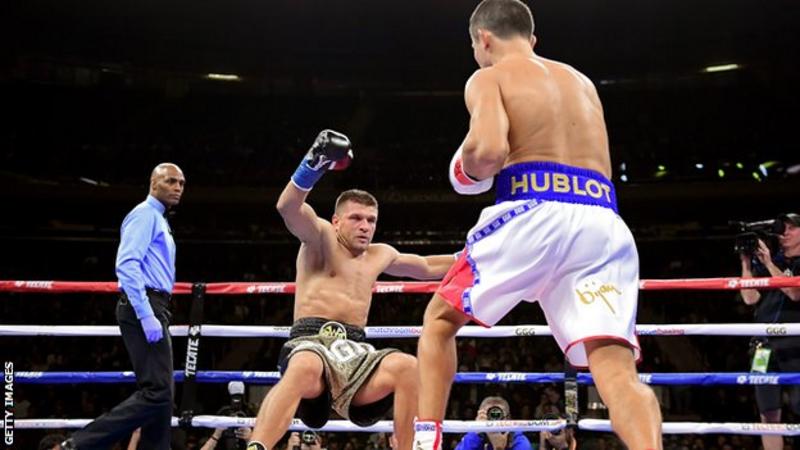 He knocked down the Ukrainian in round one and cut him in round two but the rest of the fight became a slog. Judges awarded the fight to Golovkin 114-113, 115-112, 115-112. “After the first round I didn’t think this was an easy fight. I told myself this is a tough fight,” he said. Golovkin was stripped of the IBF title last year for refusing to make a mandatory defence against Derevyanchenko, 33. He opted instead for a rematch with Alvarez – which ended with Golovkin suffering the first defeat of his career. Golovkin and Alvarez had drawn a lucrative first encounter. The nature of Canelo’s win in that second fight – by a close majority decision – and the fact their two battles are among the biggest-grossing fights in history, has meant the prospect of Canelo v Golovkin Three has often been talked about. And when asked about that in the ring after Saturday’s fight Golovkin said: “Right now I know exactly what I need. I understand I need more,” he said. “Everything is ready. Just call to Canelo and if he says yes, let’s do it.”