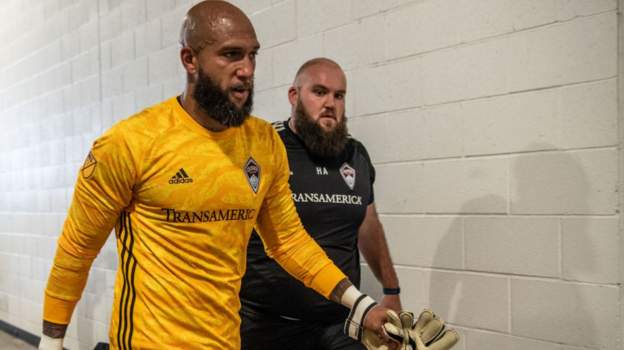 Former Everton goalkeeper Tim Howard has hung up his gloves after playing his final game for Colorado Rapids.

It’s not a total surprise mind given the 40-year-old said he was going to knock playing on the head at the end of the MLS season back in January. The American, who made 339 Premier League appearances, won the FA Cup and League Cup during three years at United. He won 121 caps for the USA and played at two World Cups.