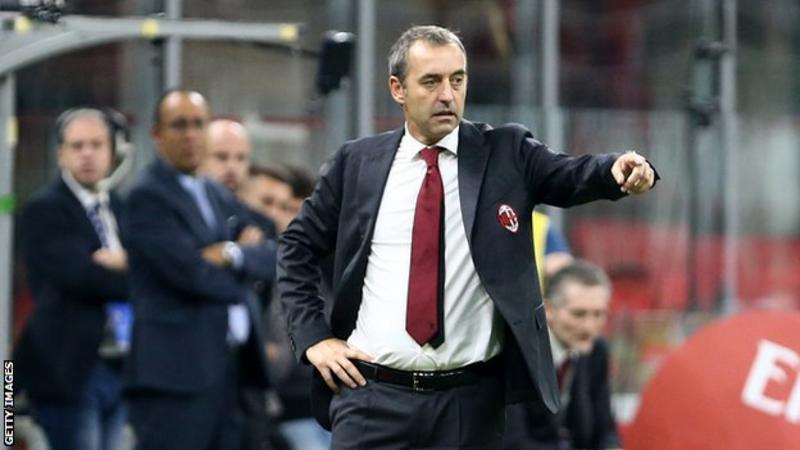 AC Milan have sacked manager Marco Giampaolo after only three and a half months in charge because of a poor start to the season. Milan are 13th in Serie A, three points above the relegation zone, after three wins in their first seven games. Giampaolo, 52, succeeded Gennaro Gattuso in June after the former Italy midfielder quit because Milan missed out on Champions League qualification.

Former Inter Milan boss Stefano Pioli has been linked with the role. The hashtag #PioliOut was the top trend on Twitter in Italy on Tuesday, with fans unhappy at Pioli being reportedly set to take over. “The club is grateful to Marco for the work carried out and wishes him all the best to come in his professional career,” said AC Milan in a statement. Milan beat Genoa 2-1 on Saturday after Pepe Reina saved a penalty in injury time, but had three successive defeats before that, against rivals Inter, Torino and Fiorentina. Giampaolo left Sampdoria at the end of last season after guiding them to a ninth-placed finish in Serie A. AC Milan, seven-time champions of Europe, have not played in the Champions League since 2013-14 and last won the Serie A title in 2011. The club would have qualified for this year’s Europa League but are currently serving a one-year ban from European football over breaches of Financial Fair Play rules.