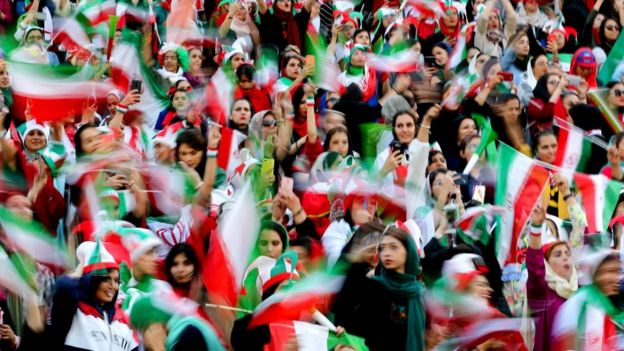 Iranian women have attended a World Cup qualifier in Tehran after being freely allowed to enter a stadium for a men’s match for the first time in decades. They were elated to see Iran win Cambodia 14-0.

Women have effectively been banned from stadiums when men are playing since just after the 1979 Islamic revolution. The change followed the death of a fan who had set herself alight after being arrested for trying to attend a match. But Amnesty International described the move on Thursday as a “cynical publicity stunt”. The non-governmental organisation said there were only a “token number” of tickets for female fans as it called for all restrictions on female attendance to be lifted. More than 3,500 women bought tickets to Thursday’s World Cup qualifier against Cambodia, where they were granted access to a special women’s-only section of the Azadi Stadium. The stadium has a capacity of about 78,000. The tickets for women reportedly sold out within minutes. Photos from inside the stadium showed female football fans excitedly waiving Iranian flags and cheering on their team. 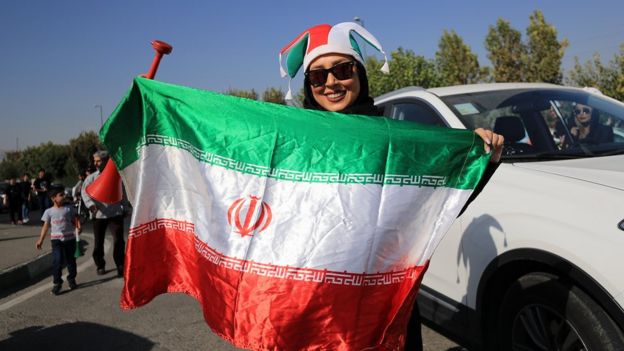