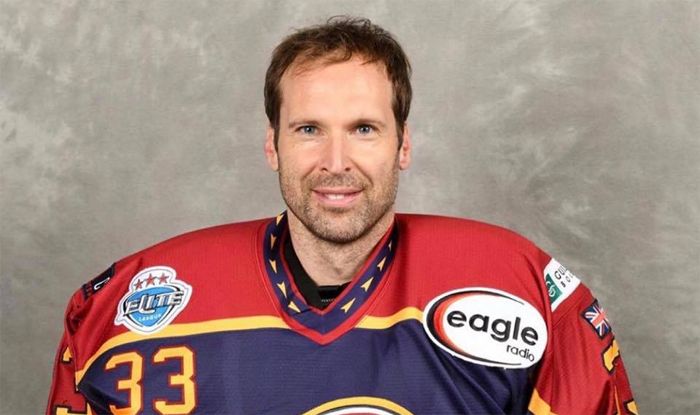 Former Chelsea and Arsenal goalkeeper Petr Cech has swapped grass for ice by signing for National Ice Hockey League team Guildford Phoenix as a goaltender. The Czech, a big fan of the sport, has got his skates on after working on his game since retiring from football.

“I hope I can help this young team achieve their goals,” Cech, 37, said. “After 20 years of professional football, this is going to be a wonderful experience for me to play the game I loved to watch and play as a kid.” Cech, who arrived in Britain in 2004 having signed for the Blues, adopted top-flight Elite Ice Hockey League side Guildford Flames as his team. Guildford Phoenix play in the second tier of British ice hockey. Cech, who made 124 appearances for the Czech Republic, won four Premier League titles, five FA Cups, three League Cups, the Champions League and Europa League during his time as a footballer in England. He will be the Phoenix’s third-choice keeper, and will train when his Chelsea schedule allows. Posting on Twitter on Wednesday night after the announcement, he said: “Some people seem to think I’ve changed my job. No I didn’t. “Luckily my job at Chelsea doesn’t stop me in my spare time from playing the game I loved as a kid and which I’ve been playing for years. While being a professional footballer I couldn’t play the game for obvious reasons. Now I can.” Andy Hemmings, Guildford’s head coach, said: “The signing of Petr is massive for the Phoenix, he is a great guy who trains hard and I cannot wait to see him make his debut.” Guildford Phoenix face Swindon Wildcats 2 in their next National Ice Hockey League fixture on Sunday.