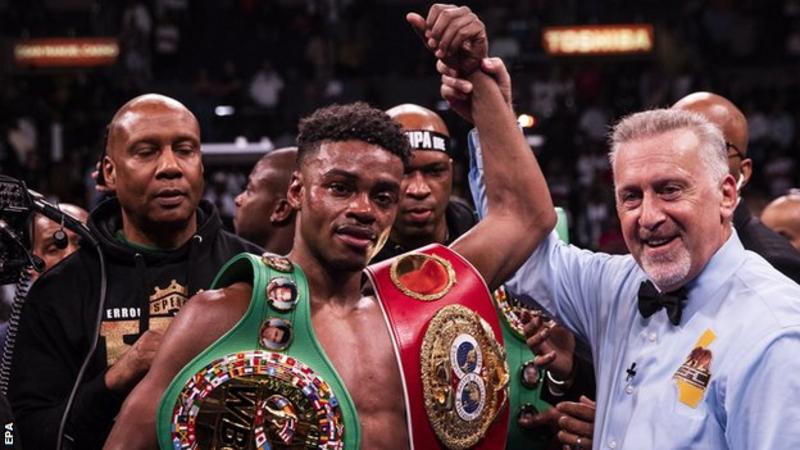 Boxing world champion Errol Spence Jr has been involved in a serious car crash in Dallas, Texas. A 29-year-old man was ejected from a Ferrari he was driving at high speed, when it veered over the centre of the road and flipped multiple times, Dallas Police said.

He is in intensive care and “expected to live”. Spence Jr’s injuries are “not life threatening”, said Tim Smith of promoter Premier Boxing Champions. The cause of Thursday’s crash at 2:53am local time on 500 S Riverfront Blvd is undetermined. The white Ferrari was travelling northbound, and crossed over the centre median on to the southbound lanes. Police said the driver, the only person in the car, had not been wearing a seatbelt. American welterweight Spence Jr beat Shawn Porter on a split decision to unify the IBF and WBC world titles on 29 September, leaving the Texan unbeaten after 26 fights. Messages of support have been sent on social media by Porter, Terence Crawford who holds the WBO welterweight title, and Manny Pacquiao who holds the division’s WBA belt.