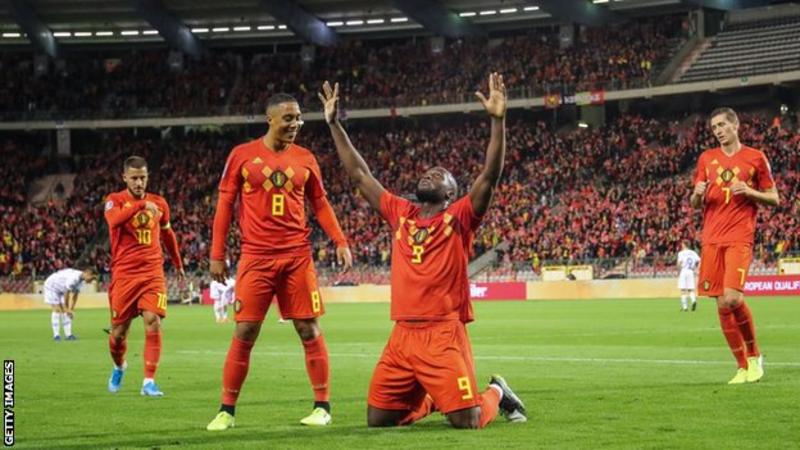 Belgium became the first team to qualify for Euro 2020 as Romelu Lukaku scored twice in a 9-0 thrashing of San Marino. Roberto Martinez’ side have an unassailable 11-point lead over third-place Cyprus in Group I.

Belgium led 6-0 at the break after Lukaku’s brace, two own goals and Nacer Chadli and Youri Tielemans’ strikes. Christian Benteke made it 7-0 before Yari Verschaeren scored a penalty and Timothy Castagne wrapped up the win. Lukaku’s double takes his international tally to 51 and makes him the first player to score 50 goals for Belgium.