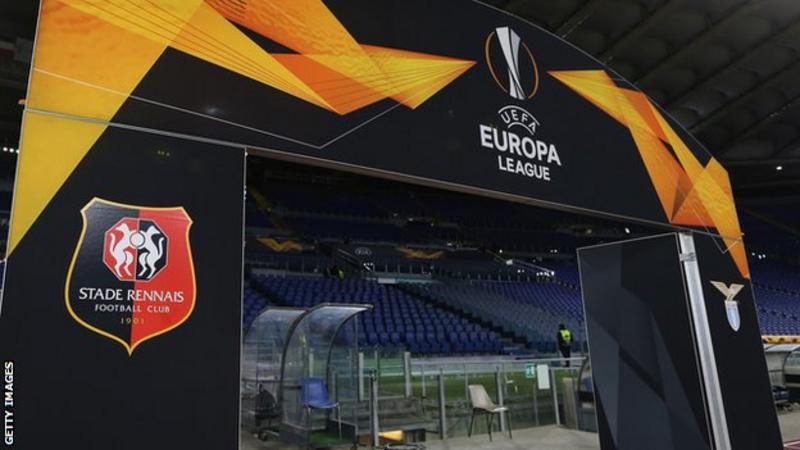 Lazio’s stadium will be partly closed for their Europa League game against Celtic next month as punishment for racist behaviour by their fans. It is the first sanction announced by UEFA since European football’s governing body said the “football family” must “wage war on the racists”.

Partial stadium closure is the minimum punishment UEFA can impose. Lazio have been fined 20,000 euros and will suffer full stadium closure if they reoffend within a year. The sanctions relate to incidents during Lazio’s 2-1 win over French side Rennes in a Europa League group match on 3 October. That game was already subject to a partial stadium closure for the racist behaviour of the Serie A side’s fans in a Europa League last-32 game against Sevilla in February. On Tuesday, UEFA defended its record of taking action against racism in the wake of England’s Euro 2020 qualifier in Bulgaria, which was suspended twice because of monkey chants and Nazi salutes by home supporters. Lazio had released a statement prior to UEFA publishing its ruling, protesting against the “deeply damaging” penalty. They said the decision “seems not to have taken into account the clear condemnation from the club against the odious racist behaviour of a few irresponsible people”. The statement added that Lazio “reaffirms its intention to pursue in penal and civil courts those responsible for unacceptable behaviour”.