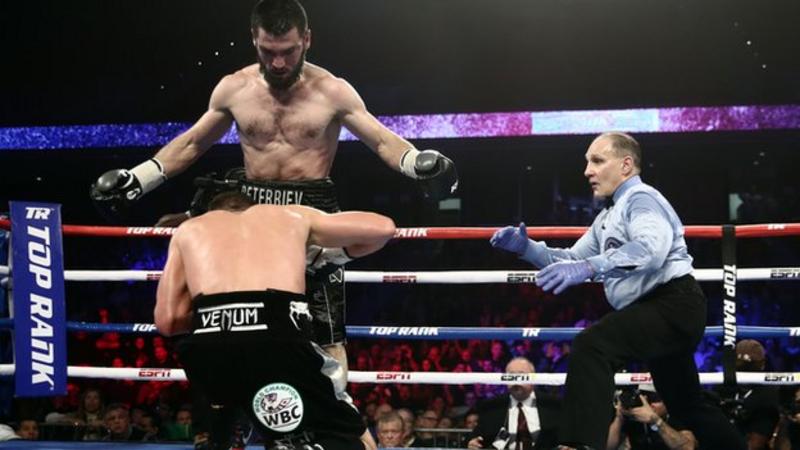 Russia’s Artur Beterbiev unified the light heavyweight division with a 10th-round stoppage of Oleksandr Gvozdyk in Philadelphia. The 34-year-old knocked his Ukrainian opponent down three times in the round before referee Gary Rosato stopped the contest with 11 seconds left.

Beterbiev defended his International Boxing Federation crown and seized Gvozdyk’s World Boxing Council belt. It was the first world title bout since boxer Patrick Day died on Wednesday. American super welterweight Day, who suffered a brain injury after being knocked out by Charles Conwell in Chicago last weekend, was honoured with a 10-bell salute before the main event. Beterbiev, who trains in Montreal, Canada, now has 15 wins from 15 professional fights after defeating his previously unbeaten rival at the Liacouras Center. His next fight will be a mandatory defence against another undefeated fighter, China’s Meng Fanlong. Promoter Bob Arum wants to hold that fight early next year in China around the time of the Chinese New Year.