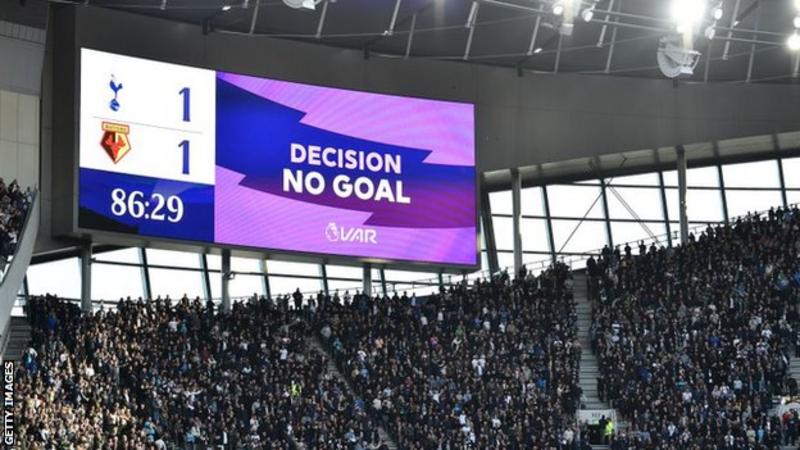 The company that provides the Premier League’s video assistant referee (VAR) technology has apologised to Tottenham and Watford fans after an incorrect graphic was sent to the big screen during Saturday’s 1-1 draw. Dele Alli rescued a point for Spurs after a VAR review for handball decided the goal had been correctly awarded.

However, initially the big screen wrongly indicated a ‘no goal’ verdict. Hawk-Eye Innovations said it will work with the league to avoid future issues. The company said: “Hawk-Eye apologises to Spurs and Watford fans for the confusion caused. “We are working together with the Professional Game Match Officials Board [the body responsible for professional match officials in England] and the Premier League to understand the root cause of this problem and propose a series of measures to ensure it won’t happen again.” Watford, who had a strong claim for a penalty turned down by VAR in the first half, remain winless at the foot of the Premier League table.