Yaya Toure, 36, is still making new additions to his already illustrious footballing CV. The former Barcelona and Manchester City midfielder has helped China League One side Qingdao Huanghai earn promotion to the Super League next season.

He played the full game on Saturday as they beat Shanghai Shenxin 2-0 to secure their place in the top flight for the first time. “Today we made history. Promotion!” Toure wrote on Twitter. The win means Qingdao Huanghai lead second-placed Guizhou Zhicheng by three points going into next weekend’s final game of the season against Nantong Zhiyun, where a draw will be enough to secure the League One title. “Next season Qingdao Huanghai FC will be where they should be… The Chinese Super League,” added Toure. “I’m proud to help make this happen but I want the title. One more game to go.” Toure joined Qingdao Huanghai in July, having been without a club since his contract at Greek side Olympiakos was terminated in December 2018. 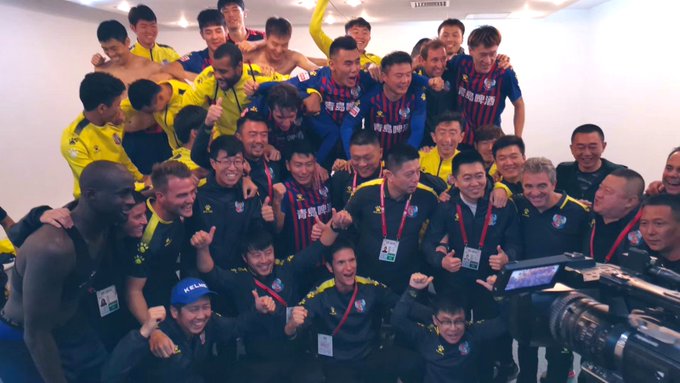