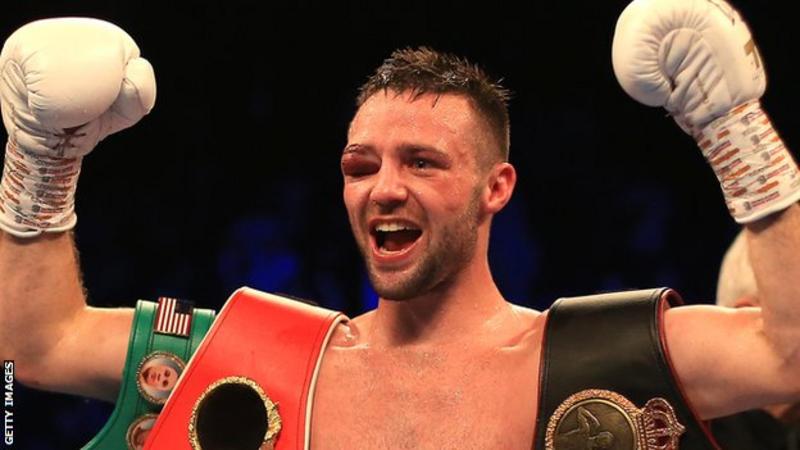 Josh Taylor beat Regis Prograis on points to become the unified IBF and WBA super-lightweight champion and win the World Super Series in London. The Scot, 28, earned a riveting, see-sawing victory, with judges scoring it 114-114, 115-113, 117-112.

Prograis was composed in the early skirmishes but Taylor grew into the contest and landed telling blows in the eighth, ninth and 10th, before two fiercely-contested final rounds. Taylor remains undefeated in 16 bouts. He inflicted his American opponent’s first loss in 25 fights en route to the Muhammad Ali Trophy, while also claiming the WBC Diamond and Ring Magazine belts. With his right eye swollen shut, Taylor devoted the O2 Arena victory to his late father in law, who died last month. “He was here with us tonight and I want to dedicate this to him,” he told Sky Sports. “What a fight. All respect to Regis Prograis, a great fight, great champion, but the best man won. “The free-flowing boxing, the inside work, I don’t think he quite expected I could switch it up and go to range quite as quickly.”