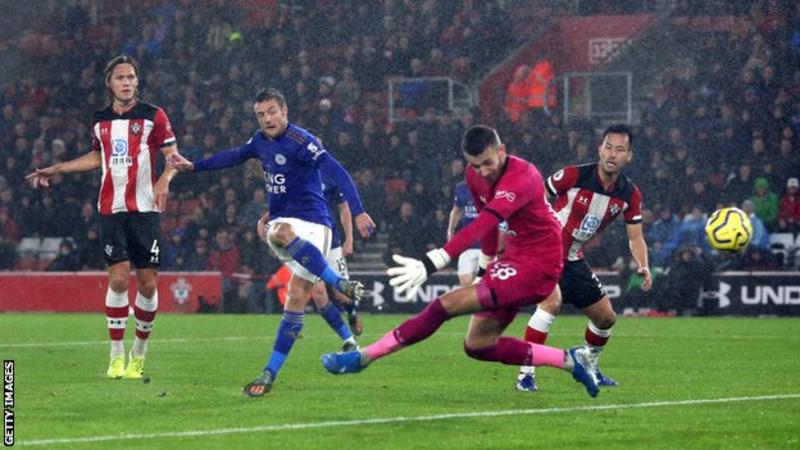 Leicester City equalled the 24-year-old record for the biggest ever Premier League victory as 10-man Southampton were dismantled at a rainswept St Mary’s. The victory sees Brendan Rodgers’ side climb into second place, leapfrogging Manchester City and moving five points behind leaders Liverpool.

The result, which matches Manchester United’s 9-0 win against Ipswich in 1995, was only confirmed in stoppage time thanks to Jamie Vardy’s penalty. Both Vardy and Ayoze Perez scored hat-tricks, with the visitors aided by Ryan Bertrand’s red card for a reckless challenge on Perez in the build-up to Ben Chilwell’s opener. That opened the floodgates for Leicester, who turned on the style just two days before the first anniversary of the helicopter crash that killed the club’s former chairman Vichai Srivaddhanaprabha and four other people. Youri Tielemans also scored his third goal of the campaign and James Maddison added a superb free-kick on a miserable evening for Southampton, who drop into the bottom three.

On a landmark night, Leicester also: