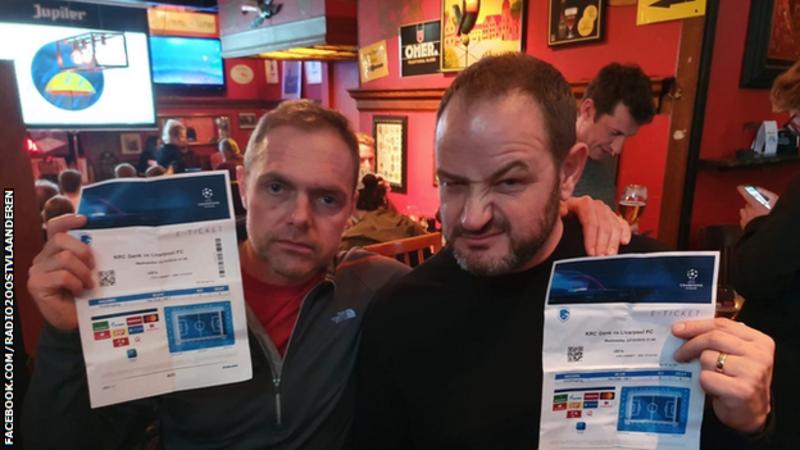 Two Liverpool fans missed their side’s Champions League win over Belgian side Genk on Wednesday – because they traveled to Ghent by mistake. Rob, from London, and Lee, from Leicester, spent around £200 each on train and match tickets only to mistakenly end up 95 miles from where the match was being played.

To confuse matters further, the city of Ghent is spelt differently to its football team Gent. “When we arrived we didn’t see any Liverpool supporters, which kind of aroused our suspicions,” Rob said. “Then we were sitting having dinner about an hour before kick-off and we said to one of the waiters, who was a Gent supporter, ‘we are playing you guys tonight’ and he went ‘no you’re not’, and that was when we realised the error of our ways. “We’d had a few beers so driving wasn’t possible. Even if we jumped in a cab it was 150 kilometres away so that sealed our fate I’m afraid.” “We watched it in an Irish bar with a bunch of lovely people and really enjoyed watching it on the TV,” added Rob. They at least took some consolation with the result as Liverpool won 4:1.