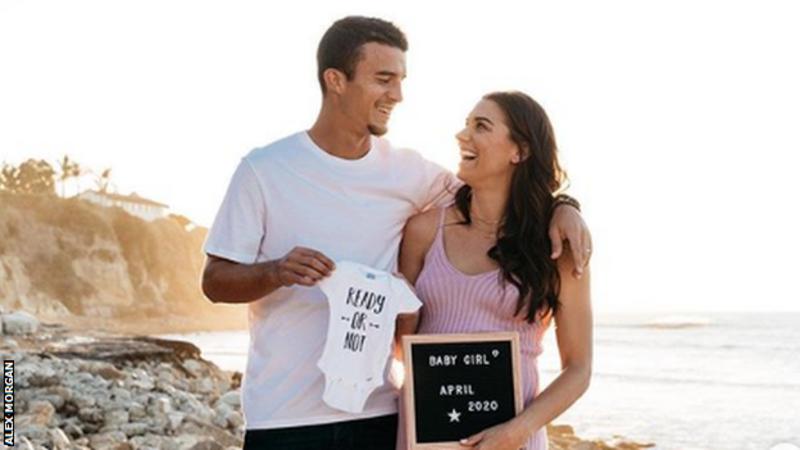 United States striker Alex Morgan has announced she is pregnant. Morgan, 30, finished joint-top scorer at the 2019 Women’s World Cup and is viewed as one of the world’s most influential female players. Her first child is due in April 2020, three months before USA are scheduled to play at the 2020 Olympics in Tokyo.

Morgan tweeted an image of her with her husband – LA Galaxy footballer Servando Carrasco – adding they are “already in love” with their “baby girl”. “Newest member of the Carrasco family, coming soon,” tweeted Morgan, who plays for Orlando Pride. Morgan has scored 107 times for her country in 169 appearances and won the Women’s World Cup in 2015 and 2019. She was named in the FIFPro World XI in 2016, 2017 and 2019, and also won the Women’s Champions League while on loan with Lyon in 2017. She made no reference to her availability for USA at the Olympic Games, which officially begin on 24 July, though the football competition starts two days earlier.