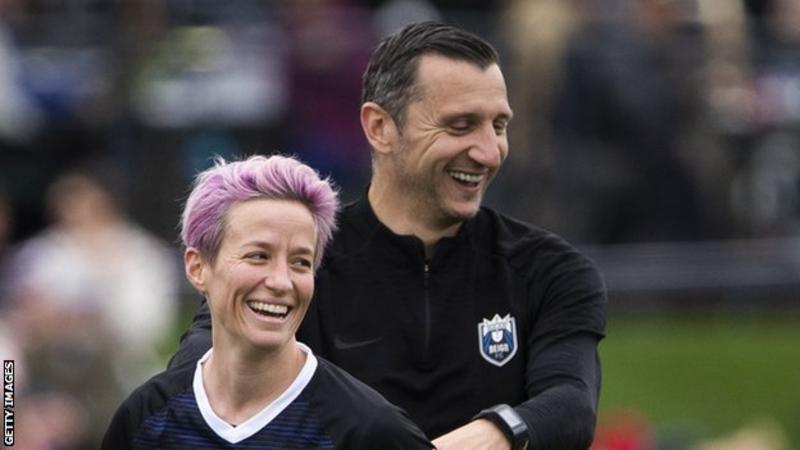 Vlatko Andonovski has been named as the new head coach of the United States women’s football team. The 43-year-old has led National Women’s Soccer League side Reign FC in Seattle for the past two seasons. “I can’t imagine a more perfect match than this coach for this team at this moment in time,” said US Soccer president Carlos Cordeiro.

Previous head coach Jill Ellis took charge of her final game on 6 October, having won two World Cups with the US. Andonovski, who was born in North Macedonia, takes over immediately and will lead the side for the first time against Sweden on 7 November. After another friendly against Costa Rica on 10 November, the US will begin their qualifying campaign for the Tokyo 2020 Olympic Games at the end of January. Andonovski has been twice named NWSL Coach of the Year, firstly in 2013 when in charge at FC Kansas City and again after leading Reign to the play-offs in the 2019 season. “It’s a huge honour and I’m very excited to get started with this group of players and staff as we work towards continued success,” Andonovski said.