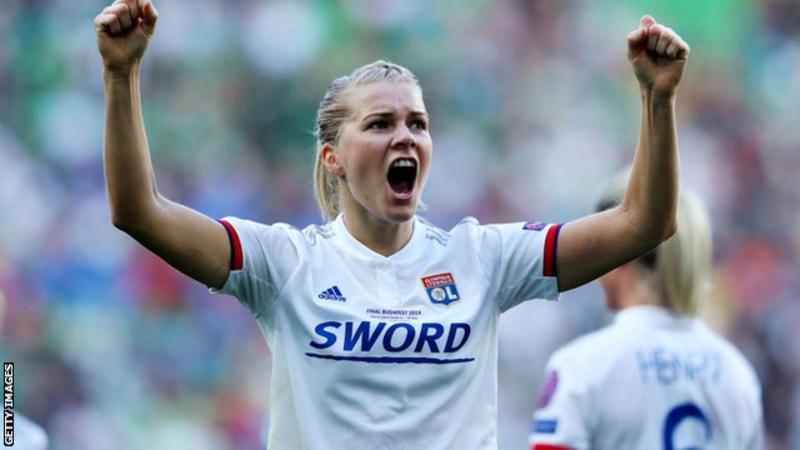 Lyon striker Ada Hegerberg has won four European trophies, five league titles and the Ballon d’Or. Now she’s the highest scorer in Women’s Champions League history and she’s only 24. The Norwegian has surpassed the record held by German Anja Mittag (51) and now has 53 goals from 50 appearances in the Champions League.

Hegerberg, who played in Germany before moving to France, has a better goals-per-game ratio in Europe than Brazilian legend Marta. A hat-trick in last year’s Champions League final moved Hegerberg into the top four of the all-time charts and she leapt above Marta with her treble against Ryazan in September. She scored two goals in the 4-0 first-leg victory over Fortuna Hjorring to equal the record before adding another two goals in the second leg which finished 7-0. The Norwegian is only the second player to score half a century of goals in Europe. Former Wolfsburg striker Conny Pohlers came close with 48 and did so in just 45 games – a record that Hegerberg also overtook. Should Hegerberg continue scoring at this rate, it might be a while before anyone catches her – the other two players still active in the top 10 are both over the age of 30 (France’s Eugenie Le Sommer and Marta). Hegerberg is the fastest player of either sex to reach 50 European goals – former Manchester United striker Ruud van Nistelrooy did it in 62 games compared to the Lyon forward’s 49. For comparison, Lionel Messi needed 66 games to score 50 Champions League goals and Cristiano Ronaldo did it in 91. She also holds the record for most goals scored in a single Women’s Champions League campaign – netting 15 in 2017-18 as Lyon won their third of four successive titles. That was the second time in four years Hegerberg finished the campaign as Europe’s top scorer, also doing so in 2015-16 with 13 goals.