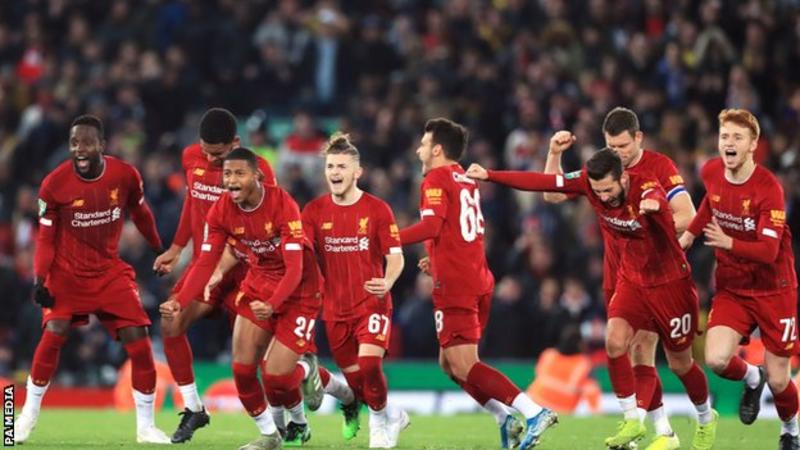 Liverpool will field different teams in two separate competitions within 24 hours after the EFL announced the date of their Carabao Cup quarter-final with Aston Villa will not be changed. The Reds will play at Villa on 17 December at 19:45 GMT and will compete in the Club World Cup semi-final in Qatar the following day at 17:30 GMT.

Manager Jurgen Klopp had ruled out the prospect of playing both fixtures. But the EFL said keeping the date followed a “request from the club”. A Liverpool statement said: “We would like to thank the EFL for their efforts to accommodate us and we can confirm alternative dates were discussed, but ultimately none were considered suitable without compromising the scheduling of the competition itself or placing an undue strain on our playing staff. “As a result, we will be utilising two playing squads simultaneously, with one squad participating in the FIFA Club World Cup in Qatar and another in the Carabao Cup. The club would like to take this opportunity to underline that while this is not an ideal scenario, it is an outcome which was arrived at with the best interests of the competition, our fellow clubs and ourselves as the sole motivating factor.” Liverpool now have nine fixtures in December, with a run that includes a league match at home to Watford on 14 December, the EFL Cup tie with Villa three days later, a first Club World Cup game the following day and a final match in the competition on 21 December. Klopp’s side then return to league action away at Leicester on 26 December. An EFL statement said Liverpool had committed to “fielding a team that is largely consistent with those that have participated in earlier rounds of this season’s competition” at Villa Park. EFL football services director Dave Cookson said: “In these exceptional circumstances the decision was taken having received clear assurances from the club that there will be a level of consistency in team selection, a feature which is key to ensuring integrity is maintained.” The EFL said maintaining the fixture date was “the best decision in minimising the impact of rescheduling the final stages of the competition”. There are no midweek slots available in 2019 other than during international breaks and the first legs of the EFL Cup semi-finals are scheduled to be played in the week commencing 6 January.