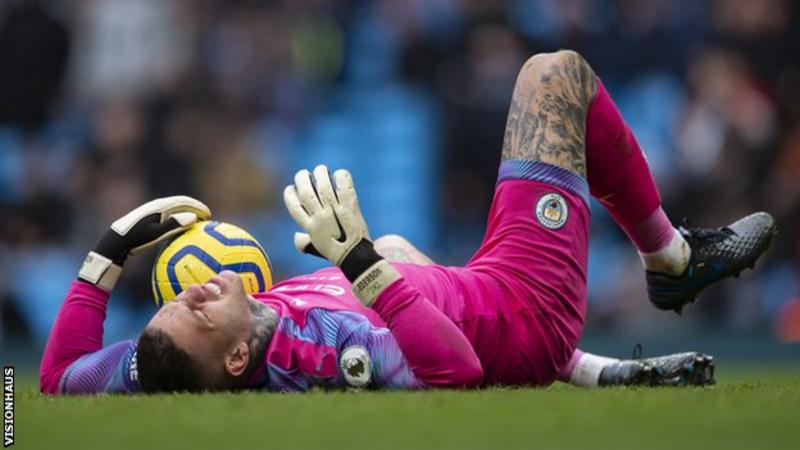 Manchester City goalkeeper Ederson will not face Liverpool, having failed to recover from the muscular problem that led to his substitution against Atalanta in midweek. He will be replaced by Claudio Bravo, who was sent off in that game, while David Silva is not expected to be fit.

Liverpool pair Jordan Henderson and Virgil van Dijk, who missed training earlier in the week, are available. Joel Matip, Nathaniel Clyne and Xherdan Shaqiri remain out. City manager Pep Guardiola has defended Bravo amid criticism of his display in midweek, saying: “He is an exceptional goalkeeper. He is an international goalkeeper. I have no doubts. “Why shouldn’t I be confident about my players? I see him every day in training. We won’t lose because of Claudio. “The red card the other day was because we lost the ball. Respect the guy. He is a top keeper.”

PRE-GAME VIEWS FROM THE MANAGERS….

Liverpool manager Jurgen Klopp: “From a sport’s point of view this rivalry is getting bigger and bigger. Thank god there is a rivalry because it means we are a pretty good team as well. “If you are not brave against Man City you don’t have the chance of even a point. “Everyone has to be in top shape in the stadium on Sunday, even the guy selling the hotdogs. Everyone has to be there from the warm-up and invest all our emotions.”

Manchester City manager Pep Guardiola: “I just want my team to fight to the end. Liverpool are a team that lost one game last season, none this season, so you cannot believe that they will lose many, but the season is long. “They do everything well. You see the team, what is the weak point? They are a real complete team and we need this kind of rival.”