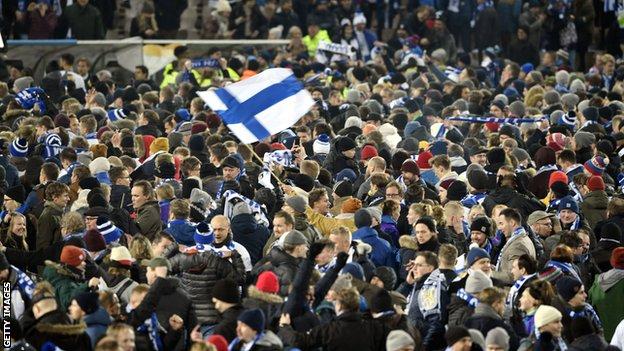 Finland’s men have qualified for a major tournament for the first time in their history and striker Teemu Pukki could barely believe it. Actually, the whole of Finland could barely believe it. Friday’s 3-0 victory over Liechtenstein means the Eagle-owls will be at Euro 2020 next summer, after securing second spot in qualifying Group J, behind winners Italy. Jasse Tuominen’s first-half strike and a Pukki double – one from the penalty spot – ended a run of 32 failed qualifying campaigns for either the World Cup or European Championship, and sparked jubilant scenes.

“There’s a party for sure,” Pukki said after the game. “We had some moments of joy, we were celebrating what we had achieved. “The coach is wet, that is something we do. He deserved it. Many of us have been with him since the under-21s and he knows how to make us play our best football.” Topias Kauhala, a journalist for Finnish sports magazine ELMO, said: “After all these years and what Finland has been through as a national team, people have tears in their eyes, grown men. “It’s something you haven’t seen in Finnish football before, crying with these emotional moments. It’s a once in a lifetime moment. “This is mainly a sporting achievement but we’re a small nation so we’re quite happy when we get noticed around the world.” Hundreds rushed on to the Sonera Stadium pitch at full-time and manager Markku Kanerva, a former teacher, conducted his post-match interview with fireworks going off in the distance. Crowds gathered at a huge screen in the capital while a viewing party was hosted in the city by Premier League side Norwich City, whose striker Pukki has become the talisman of Finland’s qualifying campaign with nine goals in nine matches. His exploits for club and country have given birth to the #PukkiParty trend on social media and the Canaries are hosting an official Pukki Party in a Helsinki night club on Friday. They even opened a pop-up Norwich City store in the city to capitalise on the interest in their star striker. Finland’s Prime Minister Antti Rinne, who earlier this year gifted a Pukki shirt to French president Emmanuel Macron, tweeted: “An incredible performance, Congratulations and thank you! Oh Finland is, oh Finland is, oh Finland is finally in the men’s soccer championship!” Finland goalkeeper Lukas Hradecky suggested 15 November – the day his country confirmed qualification for Euro 2020 – will go down in history. “This could be a date for a national holiday in my opinion,” he said. “We made our dreams come true, plenty of people share that thought with us.” 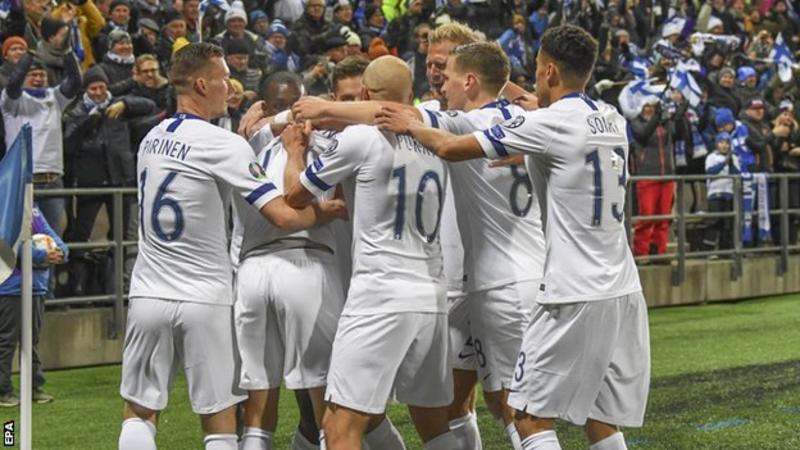 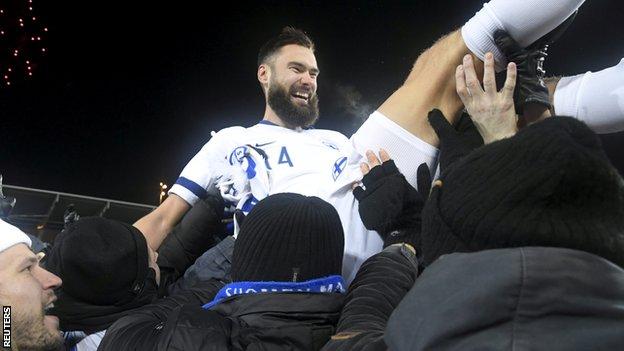 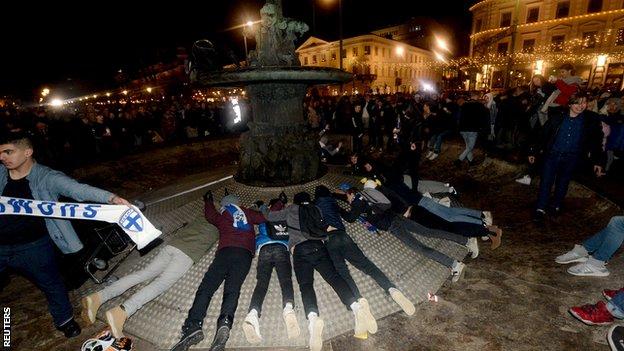