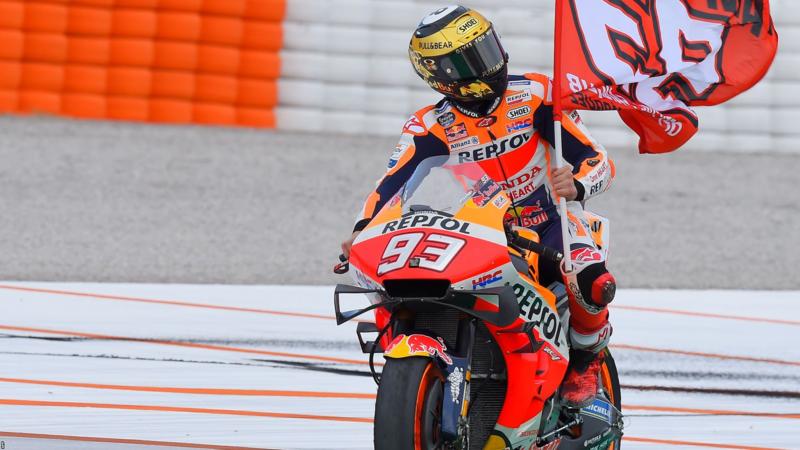 Spain’s six-time MotoGP champion Marc Marquez won the final race of the season in Valencia to round off a superb campaign. Marquez, who secured his latest world title by winning in Thailand in October, made it 12 wins for the season after starting second on the grid. “It’s been a perfect season,” said Marquez. “It will be difficult to repeat.”

French rider Fabio Quartararo, who started on pole, came second. Spain’s three-time MotoGP champion Jorge Lorenzo finished 13th in his final race before retiring. Lorenzo, 32, received rapturous applause from fans after the race. Marquez said he would celebrate his successful campaign before planning for 2020. “Now it’s time to enjoy it – Tuesday starts 2020 season, but anyway amazing to finish in this way,” added the 26-year-old. Quartararo, 20, finished fifth in the overall standings in his debut season. “Who imagined that at the end of the season we’d have six pole positions, seven podiums? I can’t ask for more, really,” Quartararo said.